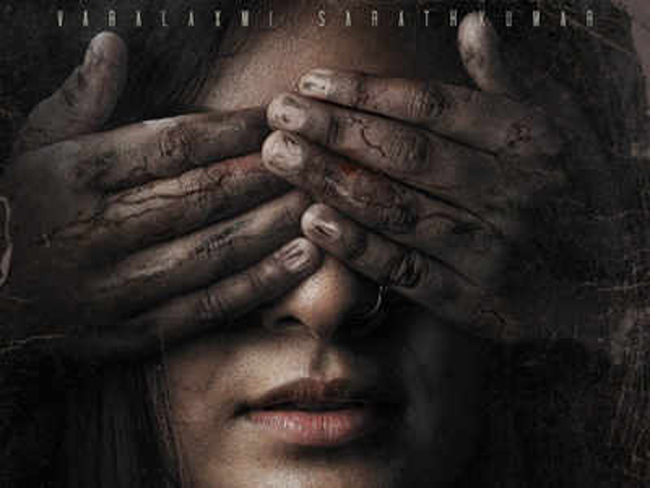 Talented Kollywood actress Varalaxmi Sarathkumar who has won many hearts with her active prowess is all set to step into the shoes of a director. The poster of her new project was unveiled.

The project titled as ‘Kannamocchi’ will be whelmed by Varalaxmi Sarathkumar. Producer N. Ramasamy is bankrolling the project under the Sri Thenandal Films.

The lady in the poster, whose face is half covered looks similar to Varalaxmi. Looks like, the actress is essaying the lead role and whelming the project. ‘Kannamocchi’ is expected to be a woman-centric film.