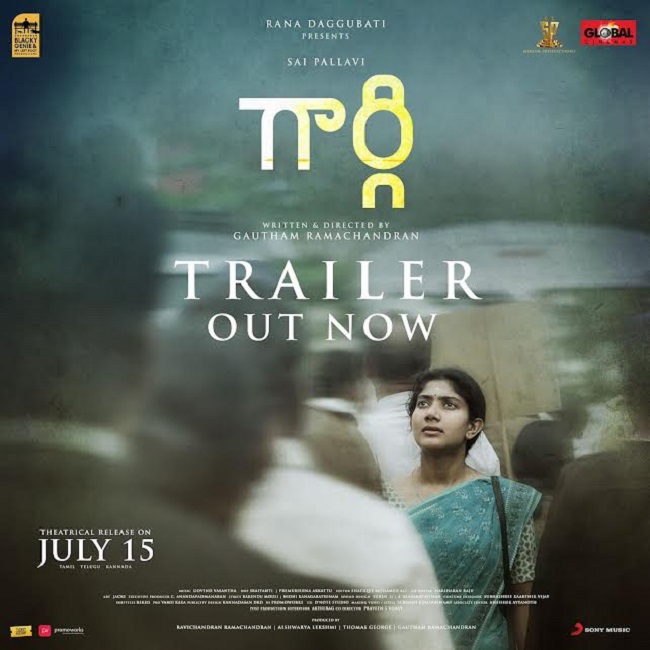 If there is one actress who has unlimited craze among film lovers just because of her talent, it is Sai Pallavi. The natural-looking actress is not your regular heroine who gets craze with her glamorous roles besides star heroes. The ‘Fidaa’ girl simply wows everyone with her performances and her splendid dance moves are a treat to watch. She is being hailed as Lady Powerstar by many. Irrespective of the box office results, she is choosing content-oriented films and proving her talent time and again.

After getting a lot of accolades for her performance in ‘Virataparvam’, she is coming back onto the big screen once again with an emotional and engaging drama named ‘Gargi’. It is releasing in Telugu, Tamil and Kannada languages. The theatrical trailer of this film came out a while ago and it looks very interesting. The movie is about a woman named ‘Gargi’ who is fighting against all odds to bring justice to her father as he becomes an accused in the eyes of everyone.

Sai Pallavi delivers big time once again and she is impressive as the girl-next-door. Her character, styling and everything makes her relatable and you tend to root for her. Looks like she is going to walk away with all the plaudits once again. The trailer reveals the story but it is the proceedings which will decide the film’s result. There are a lot of supporting actors and with a technical crew to help the makers, it is expected to be a heartwarming courtroom drama.

Written and directed by Gautham Ramachandran, the music of ‘Gargi’ has been composed by Govind Vasantha. While Sai Pallavi is the lead Kaali Venkat, Aishwarya Lekshmi, R.S.Shivaji, Kalaimaamani Saravanan, Jayaprakash, Prathap, Sudha, Livingston, Kavithalaya Krishnan and others play key roles. Ravichandran Ramachandran, Aishwarya Lekshami, Thomas George and Gautham Ramachandran are the producers while Sariyanti and Premkrishna Akkatu are cinematographers. Rana Daggubati is presenting this film in Telugu and Rakkendu Mouli penned the dialogues and lyrics for this movie which is releasing on 15th July.