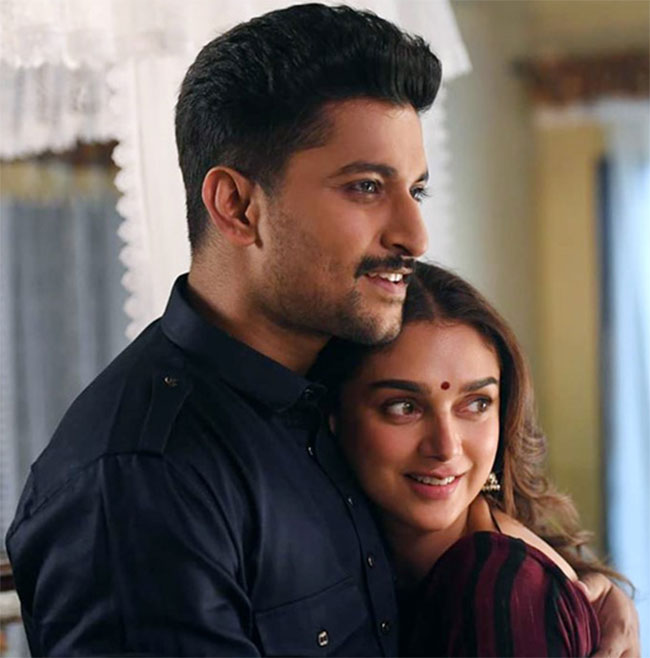 The handsome actors Nani along with the heroine Aditi Rao Hydari of the latest film ‘V’ are in the news yet again. It is evident that their much awaited film is streaming on Amazon Prime from September 05.

In a latest interview Aditi Rao Hydari has praised Nani as the best ever co-star she worked with and wished to share screen space with the actor anytime soon. She said that he gives full creative freedom to the other actors on sets and never behaves like a star and is a great humble guy who is having lot of passion towards Cinema, she ended.

In the recent tweets on Twitter, they urged audience to share their favourite frame from the movie as part of the promotional campaign of ‘V’. It is evident that the film got mixed reviews and majority have said that it didn’t reach the expectations and thus led to bad talk. Despite the bad talk, all the cast and crew are winning hearts for their promotions.

On the work front, Nani is busy with the upcoming drama ‘Tuck Jagadish’ in the direction of Shiva Nirvana and ‘Shyam Singha Rai’ in Rahul’s direction.