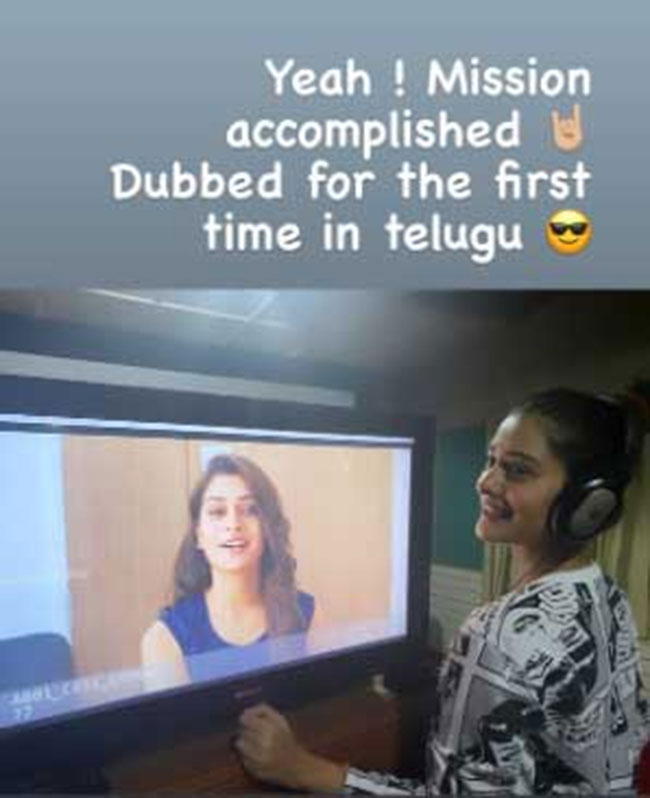 The hottie of Tollywood, Payal Rajput is one actress who is enjoying all the acts in this crisis time. The actress went missing in Tollywood after ‘Venky Mama’. Later on this crisis happened. Payal has mesmerized all the audience with her role ‘Indu’ in the film ‘RX 100’.

The film directed by Ajay Bhupathi has showcased all her assets in whatever way possible in all the scenes in the movie. The movie definitely got Payal as a huge bonus to go that bold in traditional Tollywood.

Payal in a recent social media chat revealed that she is dreaming to have her own voice in her films soon and thus she fulfilled her dream by dubbing to her role in a latest film titled Narendra. The patriotic film is directed by Jayanth C Paranju. payal has shared her dubbing pic on the Instagram page to show her joy!

Payal is slowly picking good opportunities in Telugu but her hot factor is dampening the chances with bigger stars. All the young brigade of actors still want her in films if not as lead actress she better fits their bill as an item girl dancing in a special number!