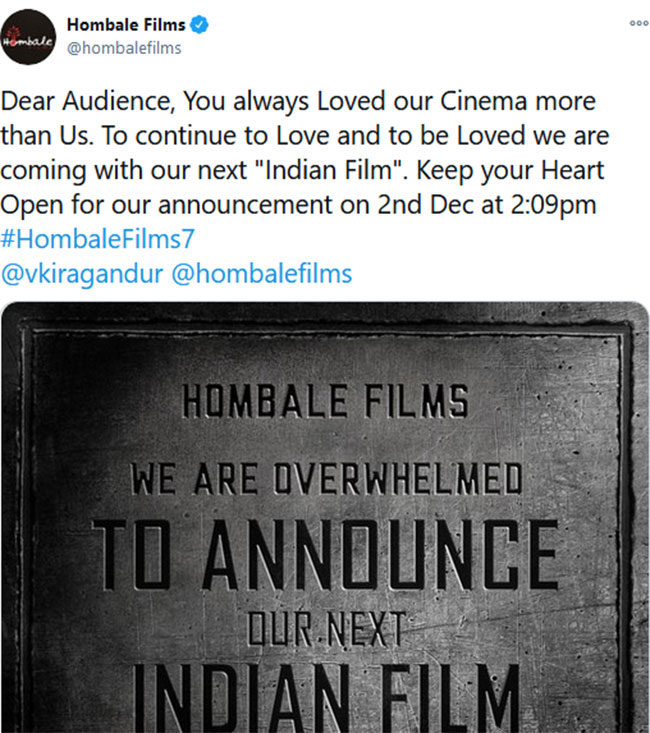 Speculations were rife for a while now that KGF director Prashanth Neel is keen on signing Prabhas for his next film. The recent reports stated that the star director has met with Prabhas yet again.

While this rumour made fans go gaga, the production house Hombale Films released an update that they will reveal their next production on Wednesday, December 2, in the afternoon. The announcement will be made at 2.09 pm in the afternoon and this will again be a pan-Indian film.

Prabhas meeting Prashanth Neel and the production house’s announcement is creating a buzz on the Internet that Prabhas is going to first team up with Prashanth. An official announcement regarding the same will be out on Wednesday.

If everything goes as per plan, Prashanth Neel’s film with Prabhas will go on floors in the latter half of 2021 or early 2022.

On the other hand, Prabhas’ Radhe Shyam last schedule shooting will resume in the coming weeks. A huge set has been erected at the Annapurna Studios in Hyderabad for this schedule.