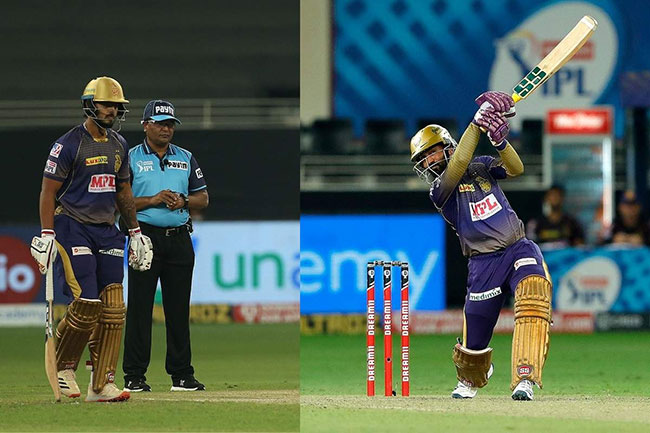 The ongoing 13th edition of the Indian Premier League (IPL) which was started after facing so many troubles has been offering a lot more entertainment than the previous editions.

One more incident was added to the list of entertaining movements in the edition. A video clip of KKR Player Dinesh Karthik and Hyderabadi Umpire talking in Telugu took social media like a storm.

While facing the fifth ball of the 19th over, DK tried to take on the speedster and tried to hit the ball. However, he missed the ball and Dhoni got hold of the ball behind the stumps.

Dinesh Karthik who had a doubt of wide ball asked the On Filed umpire Shamshuddin is this not a wide in Telugu. Umpire too replied in Telugu that the ball was deep inside.

In the short video, Karthik can be heard asking, “Wide Ledha?”. To which Onfield umpire replied in Telangana slang Chaana Lopala… Konchem Kuda Kaadhu, which translates to the ball was well inside, it’s not close to the Wide range.

The Teluigites and Hyderabadis are sharing the video on social media and sharing their happiness on a Telugu Umpire standing as an Indian Premier League (IPL)umpire.