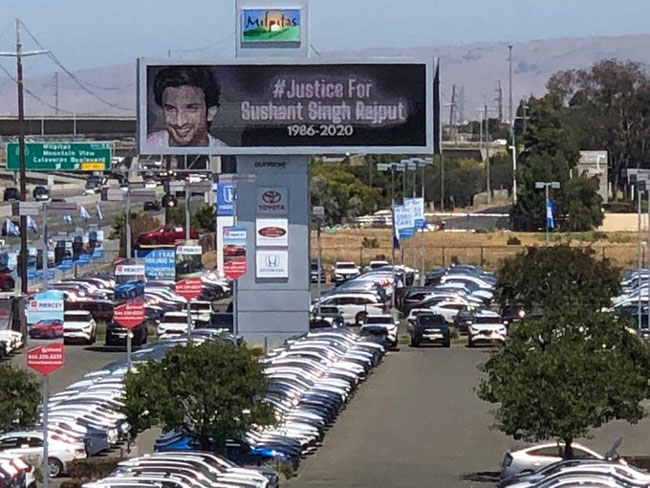 Sushant Singh Rajput’s untimely death has become the talk of the nation. Ever since the actor died, fans have been demanding justice by trending #JusticeForSushantSinghRajput over social media.

And now, the hashtag has reached the United States as well. Sushant’s sister Shweta Singh Kirti shared the picture of a billboard which showcased the Chichore actor’s image along with the hashtag in California.