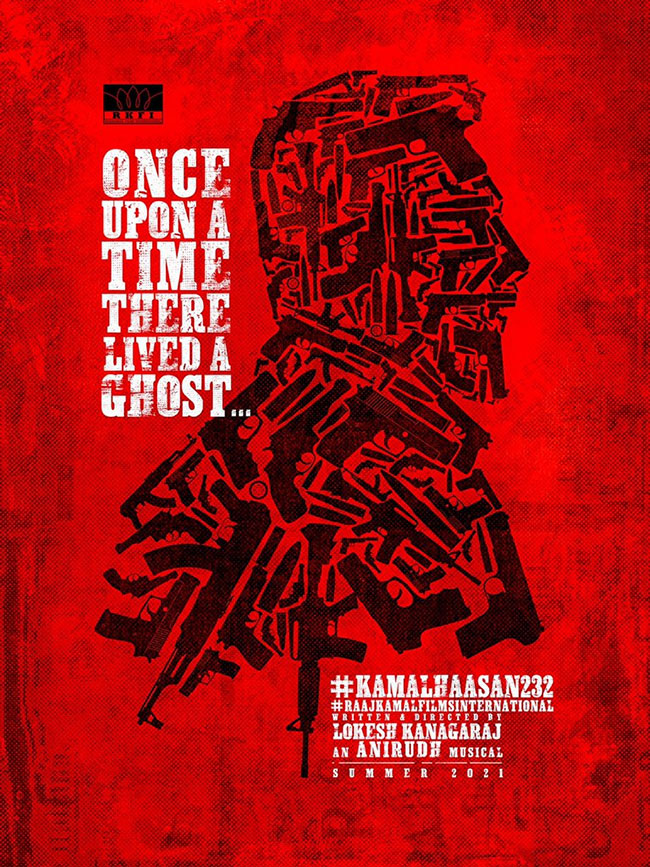 Universal hero Kamal Hassan is currently busy with ‘Indian 2’ directed by Shankar. He will be taking part in the Tamil Nadu elections which will be held in April 2021. So, Kamal wants to finish as many films as possible before that and he recently confirmed his 232nd project.

‘Khaidi’ and ‘Master’ fame Lokesh Kanagaraj will be directing this film and young sensation Anirudh Ravichander will be composing music for this crazy project which will be bankrolled by Kamal himself. The team announced this project along with a poster with a red background. An outline of Kamal Hassan is present in this poster and it is filled with different types of machine guns.

This suggests that the film is going to be a crime thriller. The caption, â€œOnce upon a time there lived a ghostâ€ explains a lot about the Kamal Hassan’s character and how powerful it is going to be. The film is expected to kick-start soon.