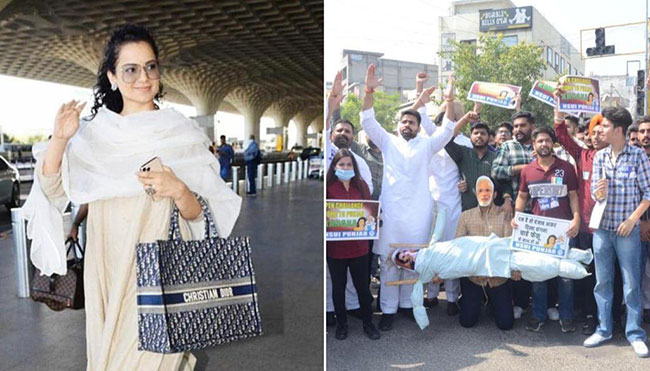 Bollywood queen Kangana Ranaut has landed in legal trouble for comparing farmers, who are protesting against central government-implemented agriculture bills, to terrorists.

Few days back, in a tweet Kangana referred to the protesting farmers as ‘terrorists’. Following her comments, a case was lodged at Karnataka’s Tumkur JMFC Court against her.

After hearing the arguments of the case, the court reserved its order in the matter pertaining to farmers petition.

It looks like Kangana is worried about the verdict as the court is about to reveal its verdict on Friday.