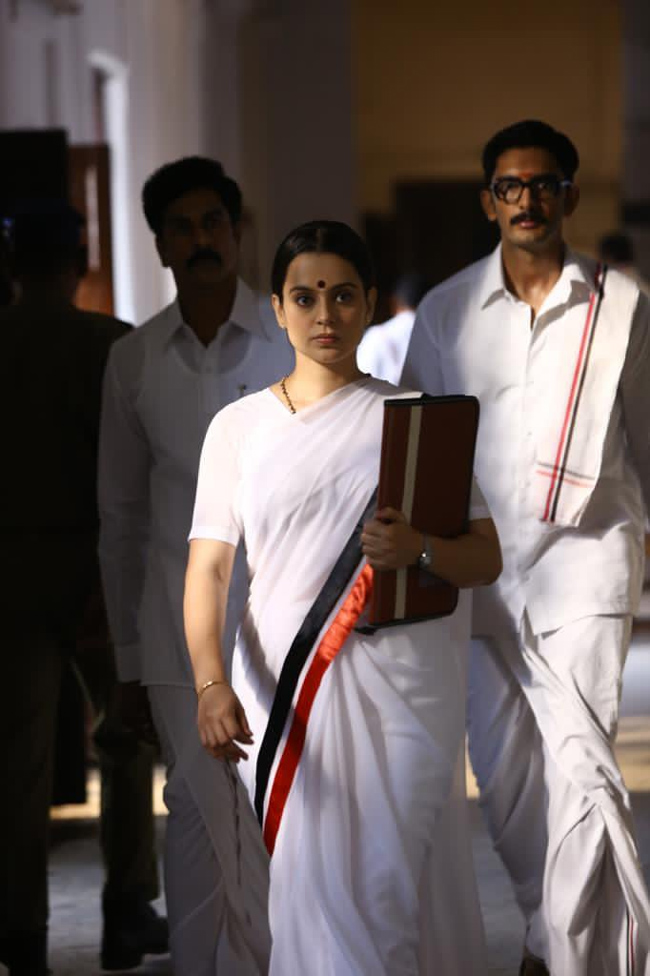 National award-winning actress Kangana Ranaut is currently working on the biopic of legendary actress and politician Jayalalitha. The shooting of this film began a long time ago and Kangana worked really hard to reprise Jayalalitha’s onscreen. Titled ‘Thalaivi’, the film is in the last leg of its production and it will be wrapped in another week.

Kangana Ranaut took to Twitter and remembered Tamil Nadu’s ex-Chief Minister on her death anniversary. She termed Jayalalitha as a revolutionary leader and shared some working stills from the film where she is looking as a tough politician and with a heart of gold.

She thanked the movie’s director AL Vijay and stated that he is working like a superhuman to complete the film. She sounds so excited about this project which is going to be released in multiple languages. Aravind Swamy will be playing the role of legendary MGR in this film while the details about the rest of the cast will be out soon.