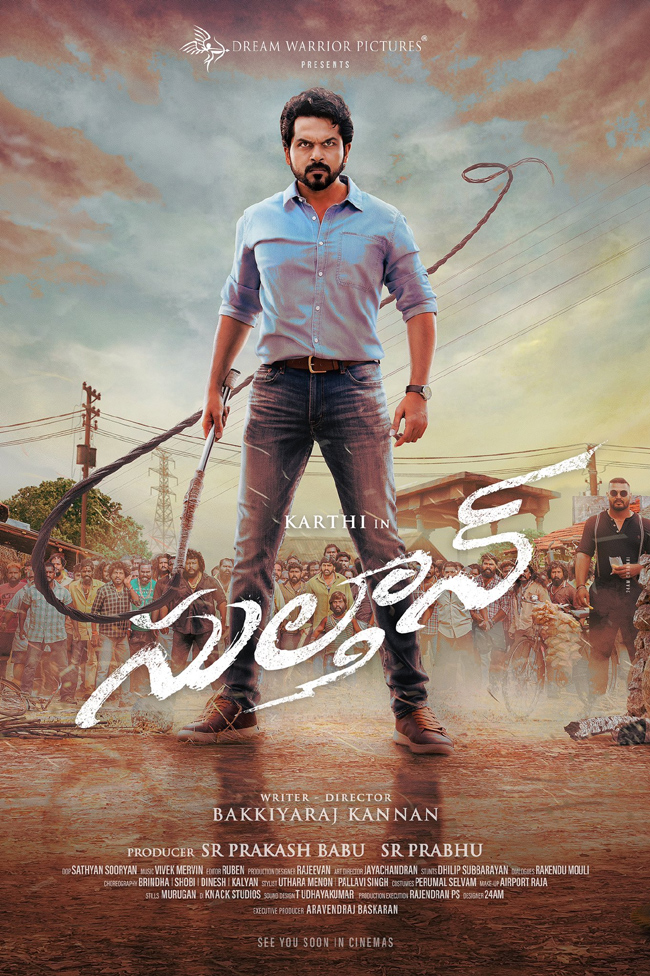 Kollywood’s versatile star actor Karthi is having a very decent line up of films. On the latest, the actor’s first look from the film, Sulthan released and has become a viral sensation on social media.

In the first look the actor looked intense and rugged with a long whip in his hand creating a kind of surprise. The film Sulthan stars Rashmika Mandanna as the female lead and is directed by Bakkiyaraj Kannan.

Karthi had a strange debut in films with rustic films like Paruththi Veeran and Yuganiki Okkadu. Slowly he changed his image to that of an all-rounder by jumping to different genres. He always risked with content and that itself made him the star he is now with good success percentage in his career.

Karthi’s films are all dubbed into Telugu and have a simultaneous release. His hits include ‘Awara’, ‘Na Peru Siva’, ‘Kaithi’ to name a few. His Telugu dubbing in his own voice is an additional asset to his films.