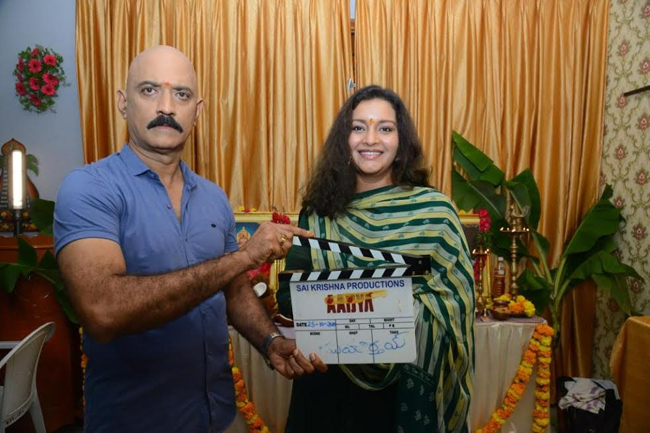 Actress and producer Renu Desai is going to make her re-entry with a powerful lady-oriented web-series. DS Rao and Rajnikanth S are producing this series under ‘DSK Screen’ and â€˜Sai Krishna Productions’ banners. MR Krishna Mamidaala is going to make his debut as a director with this series that features Nandini Rai and Vaibhav Tatwavadi in important roles.

‘Aadya’ was launched grandly on the occasion of Dusshera. The first shot was canned on Renu Desai where prolific director Neelakantha switched on the camera and DS Rao handled the clapboard. This event was attended by cinematographer Sivendra Daasaradhi, ‘Pilla Zamindar’ fame Ashok and others.

In the press meet, producers say that this series which marks the reentry of Renu Desai will be attracting everyone nationally. Renu Desai said that she liked the story narrated by director Krishna and claimed that the story is going to become a huge discussion point in the country. She thanked the producers for giving her the chance. Director Krishna and Nandini Rai are excited to work with Renu Desai.