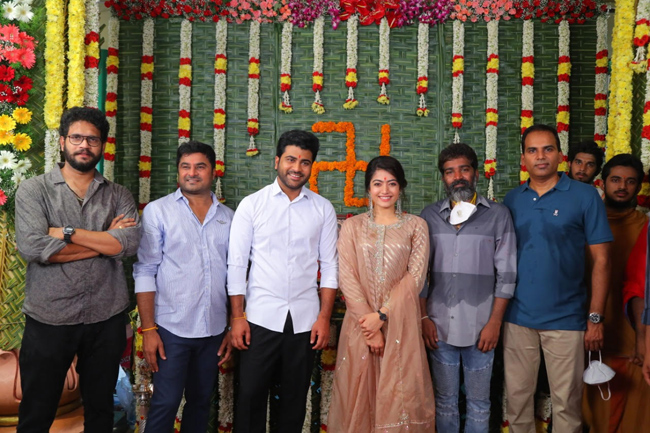 Kannada beauty Rashmika Mandanna is one of the top contenders for the first spot in Tollywood. She made her debut with ‘Chalo’ in Tollywood and her popularity instantly grew thanks to blockbuster ‘Geetha Govindham’. After films like ‘Devadas’ and ‘Dear Comrade’, she entered the big league by pairing up with stars like Mahesh Babu and Allu Arjun.

With both ‘Sarileru Neekevvaru’ and ‘Bheeshma’ which released this year becoming super hits, Rashmika is one of the most sought after heroines in the industry. She is working on a pan-Indian project ‘Pushpa’ and another Kannada film ‘Pogaru’.

She recently signed up for ‘Aadallu Meeku Joharlu’ directed by Kishore Thirumala. Sharwanand is the hero in this flick which was launched in Tirupati on Sunday. Sources say that Rashmika is charging a bomb for this film. As the title suggests, Rashmika will have a meaty role and with her recent track-record, the producers are reportedly paying her a fortune for this film. The official amount hasnâ€™t been announced yet but the figure is shocking many industry insiders. Hope her form continues and this film becomes a big hit.