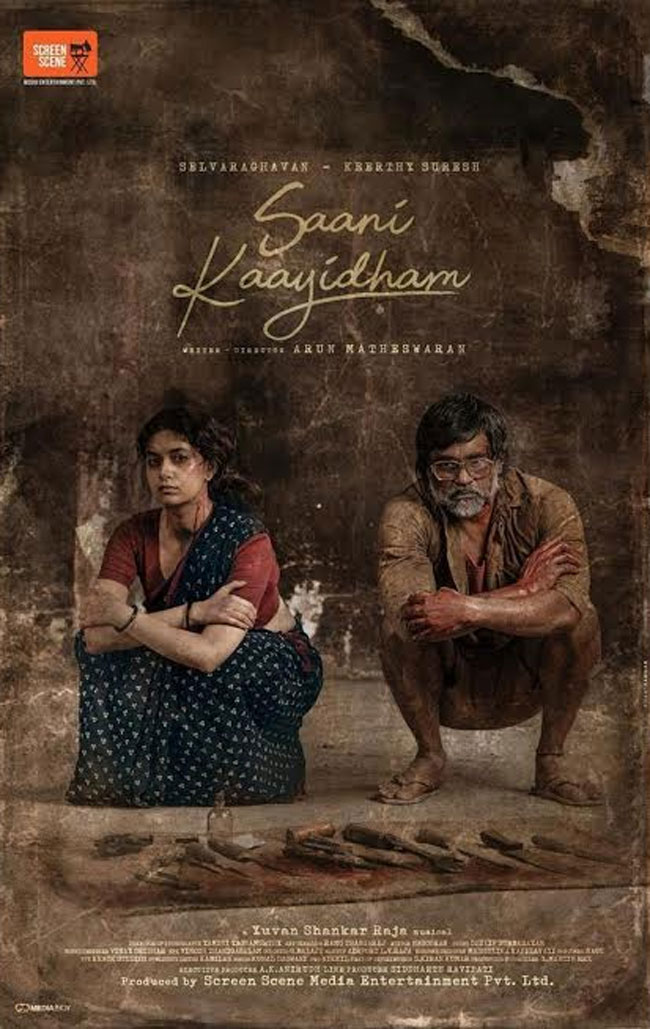 The film announcement created a massive buzz as the flick marks the on-screen debut of sensational Director Selvaraghavan who is known for his edge of the seat thrillers.

Keerthy Suresh has high hopes for the much -anticipated ‘Saani Kaayidham’ as her recent film Miss India turned out to be dull. Even her acting and star cast could help the film from drowning.

While Arun Matheswaran is whelming the project, Screen Scene Media Entertainment is bankrolling the film. It is believed that the story is set up in the 1980s and the story is loosely based on a real incident.