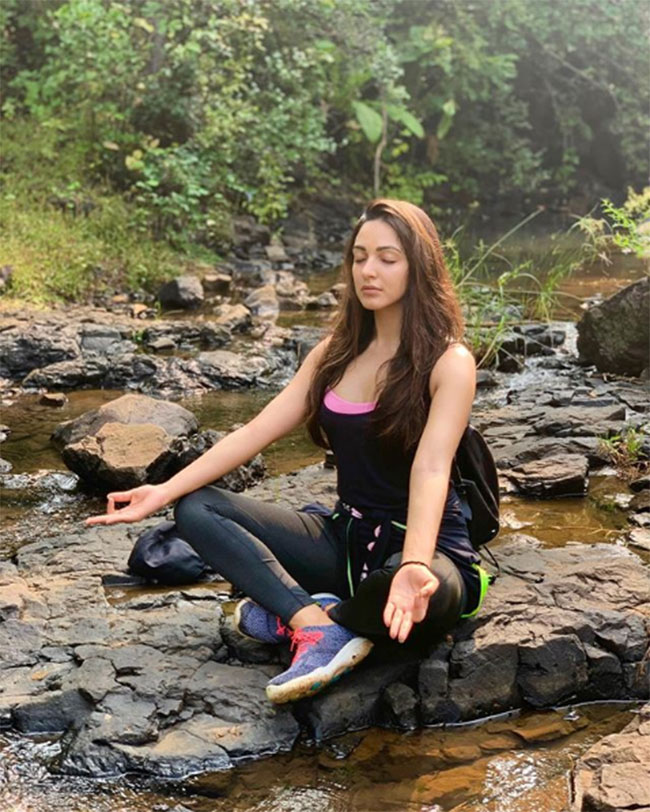 Kiara Advani has become the most wanted actress with magnum opus ‘Kabir Singh’. She is cashing in her bold avatar and is in no way lying back to receive offers from big production houses. But there was a humble beginnings to this stardom.

Kiara has always been vocal and grateful about her humble beginnings. On the latest she has posted a pic of her meditating in the green lushy place where she can be seen in her fitness outfits. The glow on her face and her curves are an eye treat for the fans! Peace within has attracted the fans who read her caption.

She is ruling the Digital TV with ‘Guilty’. She has films like ‘Bhool Bhulaiyya2’ and ‘Laxmmi Bomb’ among few others in the release mode. These films would decide her fate as an emerging actress of these times. Hope she reigns the Indian Cinema.