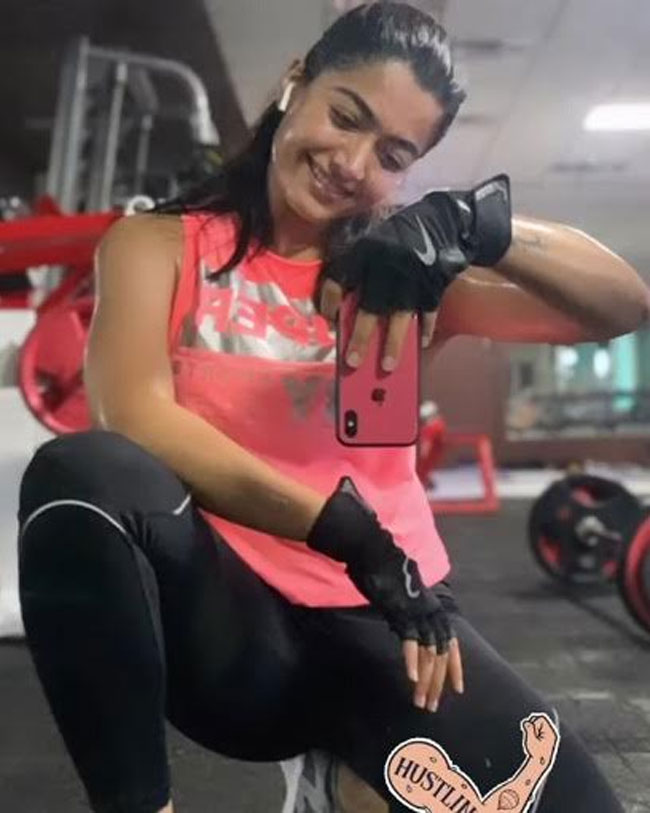 Kannada girl Rashmika Mandanna is quite active on social media. She has been a lot of stuff regarding her daily workout routine of late. She posted a video where she is seen doing different kinds of exercises near the beach. Now, she came up with a mirror selfie from the gym after a strenuous workout session.

She added a sticker which says ‘Hustlers’ which looks cool. In the background, we can see the heavyweights which explains the sweat on Rashmika’s body. Dressed in a pink sleeveless top and tight black gym pants, Rashmika looks ravishing. She even had her gloves on for grip and the earphones explain her happy mood as she might be listening to her favorite songs.

On the work front, Rashmika is the leading lady in Sukumar and Allu Arjun’s ‘Pushpa’ which is a rustic rural drama. She will be seen playing the role of a tribal girl in this most awaited project. Apart from that, her Kannada film ‘Pogaru’ is ready for release. The song ‘Karabu’ from that film became a big hit.