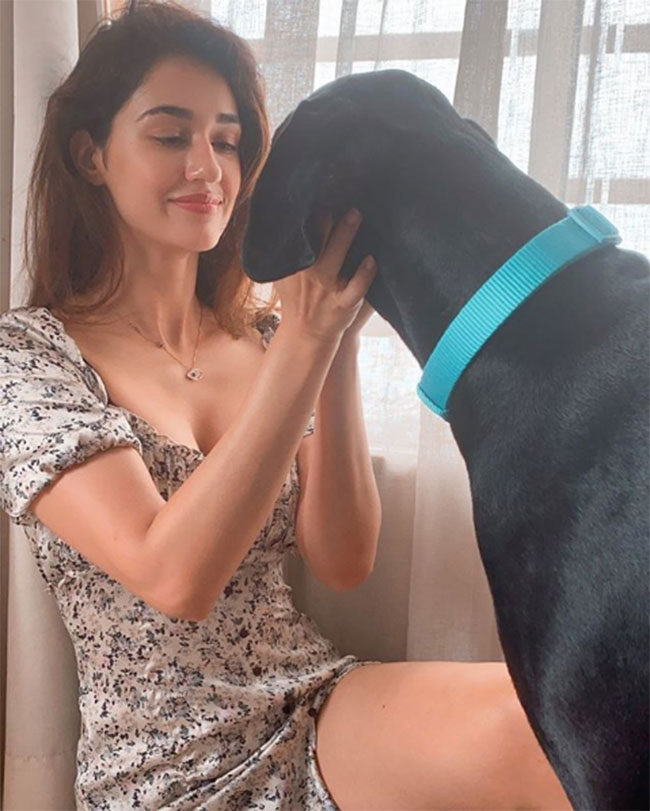 Disha Patani, The sexy siren has made her acting debut alongside Varun Tej in the film ‘Loafer’. The film directed by Puri Jagannadh has created sensation that Disha is going to be the “next Ileana” in Tollywood but the dreams of the actress got shattered as the movie tanked at the Box Office.

Now the actress has posted a pic on Instagram where she can be seen cuddling her pet dog which showed that she is a real pet lover. It is evident that she is social media savvy and her rap on Rasodi me kaun the is just fantastic.

Disha has acted in couple of hit films in Bollywood like ‘Baaghi’ series alongside Tiger Shroff and went on to star in ‘Bharat’ alongside superstar Salman Khan.

Disha has couple of film offers in hand that include Mohit Suri’s ‘Ek Villain2’ and Salman Khan’s ‘Radhe’.