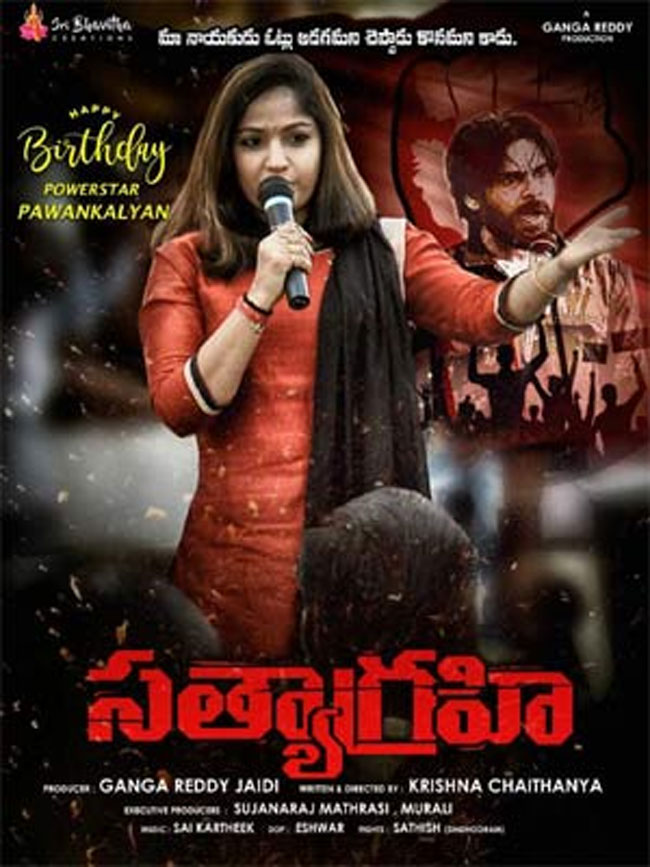 The Tollywood fade out actress turned BJP leader Madhavi Latha has been in the news for wrong reasons recently. The actress who forayed into politics is keenly responding on daily issues via social media.

Things now seem to be normal for this dusky beauty who once wanted to make it big in Tollywood but did create sensation with her allegations about casting couch in Web Interviews.

Now this dusky beauty is all set to make a comeback in Telugu movies with a power star film title ‘Satyagrahi’. This film is like a tribute to Pawan Kalyan who is struggling his way hard to make better politics. The film team has released the first look poster of the film marking the birthday celebrations of Power Star. The movie is directed by Krishna Chaitanya.

Madhavi Latha has debuted with hit film ‘Nachavuley’ and has acted in couple of movies that didn’t give consistent hits to boost her career as she dreamt! Let’s hope she makes a better comeback this time.