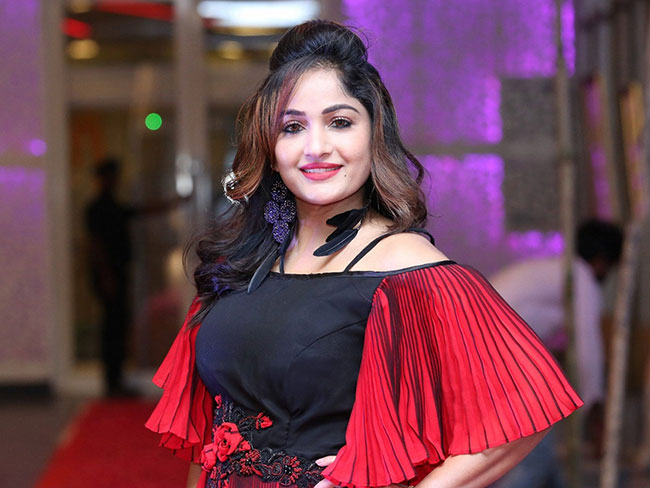 The Tollywood fade out actress Madhavi Latha has been in the news for wrong reasons recently. The actress who forayed into politics is keenly responding on daily issues via social media.

Things now seem to be normal for this dusky beauty who once wanted to make it big in Tollywood but did create sensation with her regular reactions on petty issues.

Now this dusky beauty has passed sensational comments on power star Pawan Kalyan’s fans as they addressed her as Vadina on Twitter. It is evident that the actress has commented on Pawan Kalyan for not respecting the home born actresses who wished him on his birthday but acknowledged all the other non local actresses. She said that power star may be your brother but I am not your vadina, better call me sister as that suits perfect! She ended.

Madhavi Latha has debuted with hit film ‘Nachavuley’ and has acted in couple of movies that didn’t give consistent hits to boost her career as she dreamt! but she is one fade out actress who always triggers some or the other issue to stay in news!