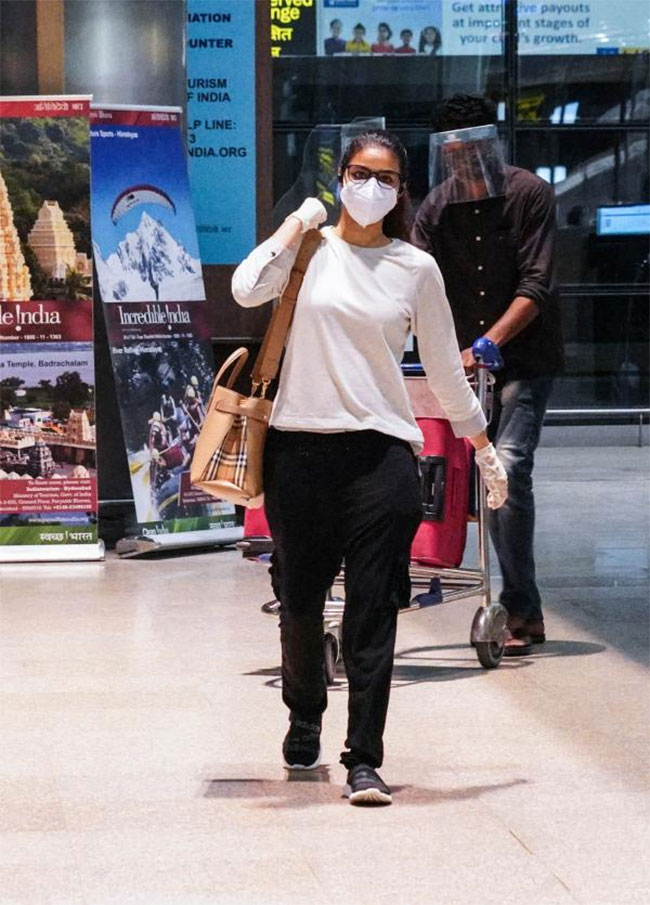 The South beauty Keerthy Suresh has acclaimed star status with her magnificent work in ‘Mahanati’. The actress became a national sensation soon after she received the national award for her role as Savitri in ‘Mahanati’. The actress has arrived in Hyderabad after her Onam celebrations recently. The shutterbugs have clicked her in the Airport. She looked cool and casual in Cargo Chinos and plain full T-shirt. She looked simple and stunning in the casual look!

It is evident that Keerthy Suresh is now doing a film in the direction of Nagesh Kukunoor. The film is supported by producer Dil Raju. The project earlier had a less interesting title and thus Dil Raju suggested ‘ Sakhi’. Recently the makers have revealed the first look from the film in which Keerthy was seen as a village girl. It is said that she would be seen in the film without makeup!

The film just needs one month to complete and aim at the release. Keerthy also had another film named ‘Miss India’ under Mahesh Koneru production that’s also in the finishing stage. Let’s hope she finishes the films soon and they release quickly.

On the work front, Keerthy is starring alongside Rajnikanth in the film ‘Annaatthe’ that stars senior actresses Kushbu and Meena in pivotal roles. The movie is directed by Siva who scored a massive hit ‘Viswasam’ starring Ajith last year.