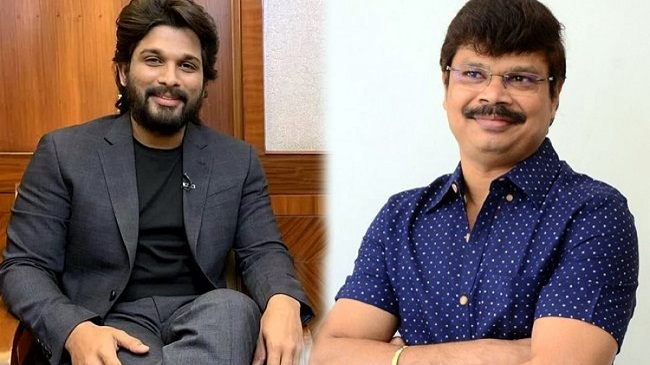 Stylish star Allu Arjun is completely focused on ‘Pushpa’ which is his maiden pan-Indian film. Directed by Sukumar, the film has been divided into two parts and while the first part is expected to come out this year, the second part will be coming out in 2022. The rustic rural drama is being under a lot of hype and the teaser doubled the expectations.

While the shooting is going on, the news about Bunny’s next film is going around on the internet. A lot of directors’ names were heard to Allu Arjun along with much-talked-about ‘ICON’. The name of Boyapati Sreenu is being heard a lot. The mass director who is known for his high-octane action entertainers gave a hit like ‘Sarrainodu’ to Bunny in 2016.

Boyapati is currently working with Balakrishna on ‘Akhanda’ and it may get wrapped up shortly. Sources claim that he is the one who is most likely to work with Allu Arjun after the latter wraps up ‘Pushpa’. This is exciting news for the fans but they are waiting for an official confirmation regarding this