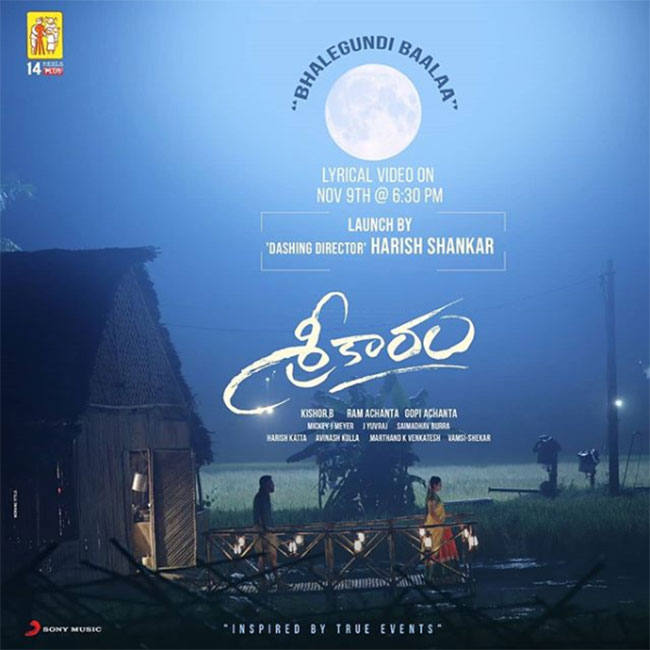 The teaser of the song titled ‘Bhalegundi Baalaa’ from young hero Sharwanand’s film ‘Sreekaram’ is creating ripples in the social media.

On the latest, the makers of the song revealed that the full song would be released by mass director Harish Shankar via his social media handles on November 09.

The song written and crooned by Rayalaseema specialist Penchal Das. The tune is composed by Mickey J Meyer. The tune looked catchy and it is surely going to be a blockbuster song in this season.

In the song actress Arul Mohan can be seen teased by Sharwa who donned a Lungi and her short glimpse from the back make movie lovers curious!

Sreekaram has Cinematography by Yuvraj. The movie is produced by Ram Achanta and Gopi Achanta.

Movie unit is targeting a good release season. Let’s wait for an official announcement regarding it!