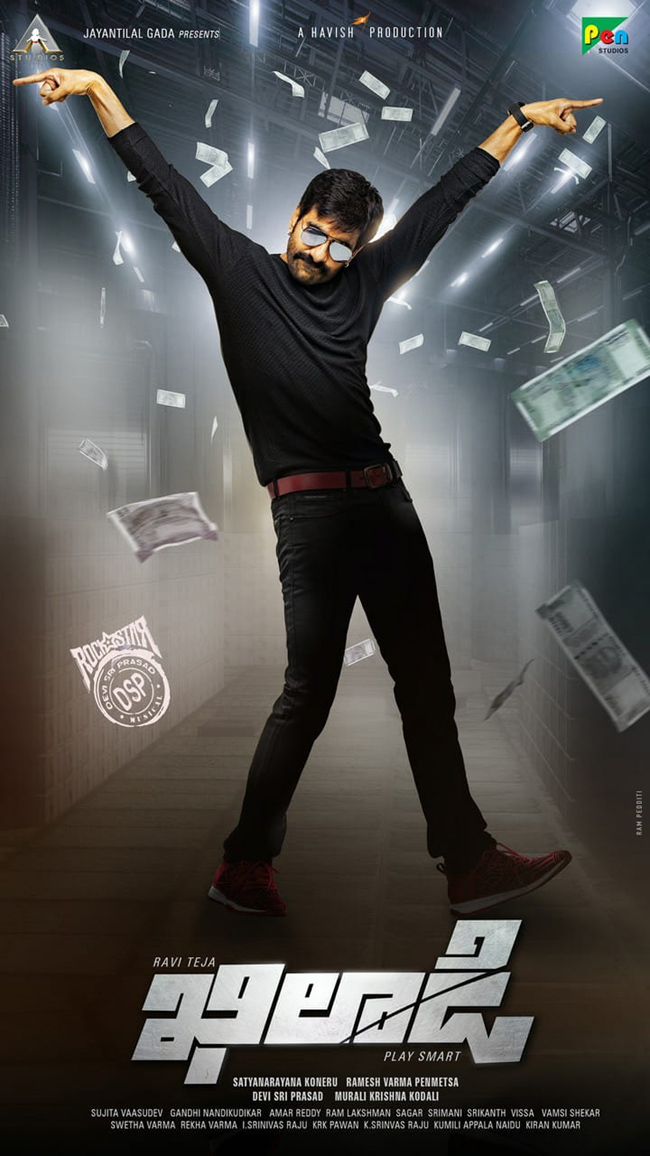 In the first look, Mass Maharaj can be seen wearing black and black and striking a chilled out pose, while currency notes flying in the background. Ravi Teja plays a dual role in this action entertainer.

Satyanarayana Koneru is producing the action entertainer under his Havish Productions. Pen Studios and A Studios are jointly bankrolling the flick.

The action entertainer will have Meenakshi Chaudhary and Dimple Hayathi as the leading ladies.

Ramesh Varma, who paired up Mass Maharaja for the second time is taking all the care to keep the flick high on technical standards. Top-notch technicians were taken on board for the film.

The muhurtham ceremony of the action entertainer will take place today at 11:55 AM. The film will hit the sets from next month.