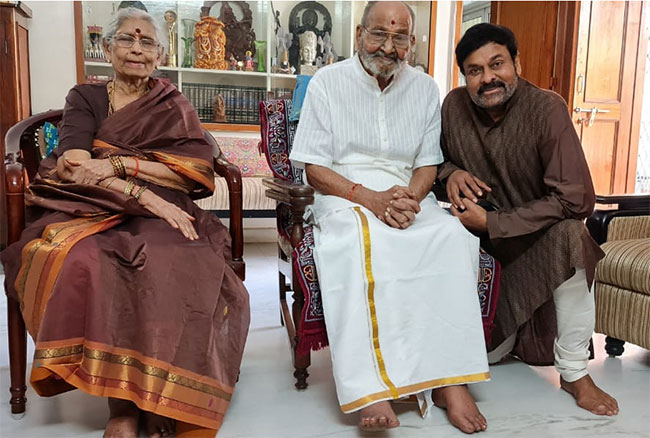 Megastar Chiranjeevi has met legendary director K Vishwanath at the latter’s residence in Hyderabad and sought blessings from him on the occasion of Diwali.

Pictures of the Veteran actor have been making rounds on social media in which we can see Chiranjeevi receiving blessings of the director and his wife.

Chiranjeevi on Friday announced that he had tested negative for Covid-19. He said that doctors have concluded that he is free of the infection after subjecting him to three different tests. The Tagore actor claimed that he tested positive earlier due to a faulty testing kit. He even shared the test report on his Twitter handle.

“A group of doctors did three different tests and concluded that I am Covid negative & that the earlier result was due to a faulty RT PCR kit. My heartfelt thanks for the concern, love shown by all of you during this time. Humbled !,” tweeted Chiranjeevi.