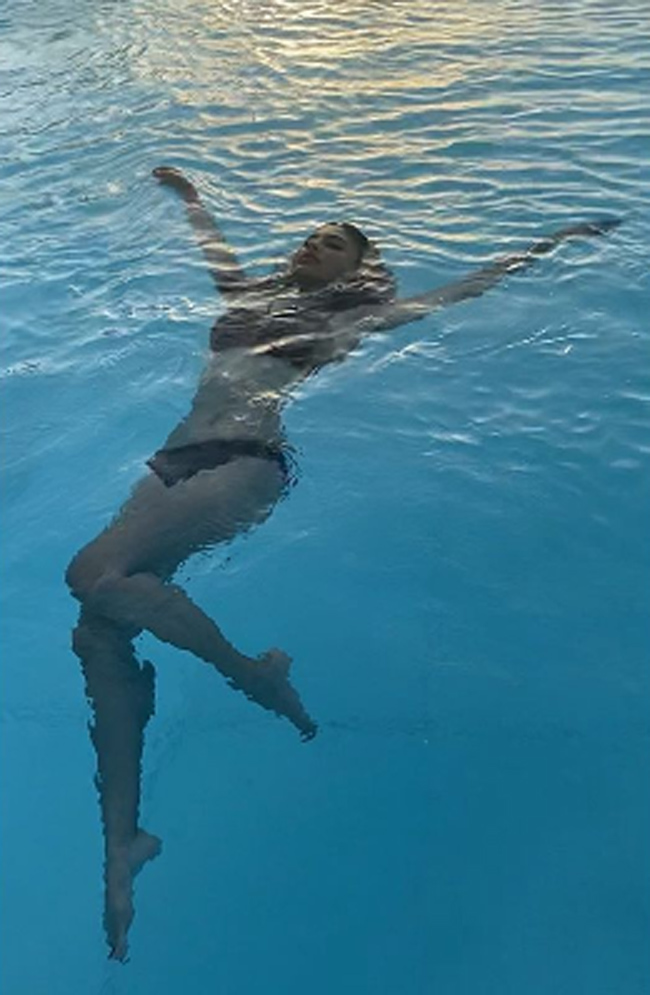 Bollywood actress Mouni Roy knows how to raise the temperature on social media. The 34-year-old actress is an avid social media user and has a huge fan following. She became a household name for her breakthrough role in television show Naagin.

Recently, the Naagin girl took to her Instagram to share a sultry picture of her in which she is seen wearing a two piece bikini and is enjoying in water.

She flaunts her washboard abs is unmissable. Her stunning physique is giving her fans and followers major fitness goals. Sharing the photo, she wrote: “Inhale… exhale.”

On the professional front, Mouni Roy has already acted in films like Gold and Made In China. She is now gearing up to play the antagonist in Ayan Mukerji’s Brahmastra which is slated to release on December 08, 2020. Mouni will also be seen on the web show ‘London Confidential’.