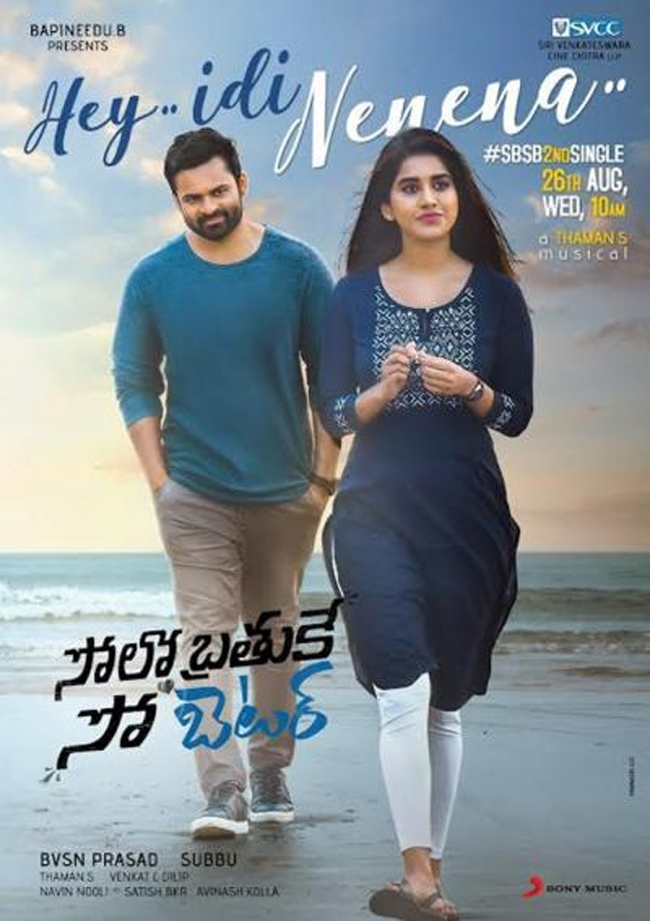 Kannada girl Nabha Natesh impressed everyone with her performance in ‘Nannu Dochukunduvate’ but it is her glamour feast in ‘ismart Shankar’ that brought her immense craze. She went all out in terms of skin show in Puri’s film which got her a glamorous heroine image.

She signed films with stars like Ravi Teja, Sai Tej and Bellamkonda Srinivas. Ravi Teja’s ‘Disco Raja’ was a disaster and she is currently awaiting the release of ‘Solo Brathuke So Better’. She pinned a lot of hopes on Sai Tej’s film as this rom-com has a lot of positive buzz around it.

Directed by Subbu, ‘Solo Brathuke So Better’ is expected to hit the big screens on December 20th. The three songs released till now good response from the audience. Nabha’s career depends on the result of this movie as she doesn’t have any big offers in her hand right now. There is a huge chance that she may fade away and lose her craze if this film fails to impress the audience.

It is to be seen how this romantic entertainer fares at the box-office. BVSN Prasad is bankrolling this project and Thaman composed music.