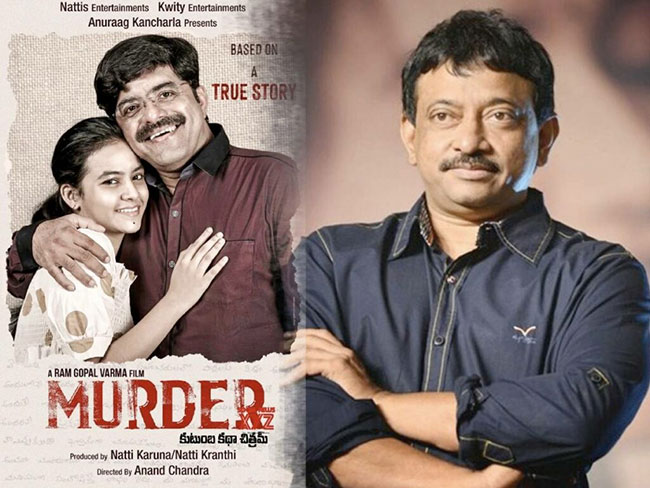 It is already known that RGV’s current venture ‘MURDER’ is based on the much talked about honour killing of Pranay which took place in Miryalaguda town in Telangana.

Pranay’s wife Amrutha who raised many objections on the film moved the Nalgonda District SC-ST Court and told the court that RGV used their pictures and names without their permission.

The Court which heard the arguments of the lawyer who represented Amrutha, wife of late Pranay issued interim orders to not release the film until the complete case hearing.

This can be seen as a shock to RGV who is currently banking on biopics and real-life incidents. However, the filmmaker is yet to respond to the interim orders.