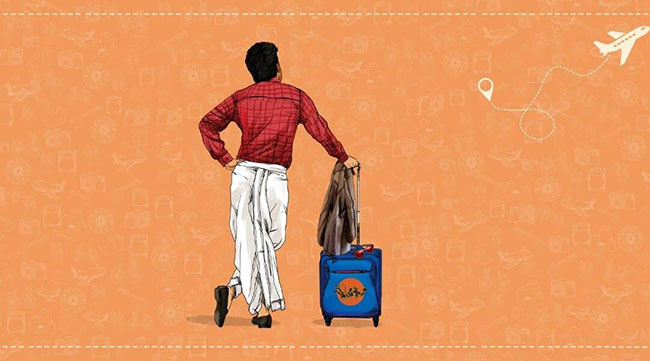 Not many can pull off the typical Brahmin roles in Tollywood without looking offensive. It is a risky rope to walk on as going overboard may create controversy. If not, it can entertain you to the core like ‘Adhurs’, ‘Seema Sastry’ and ‘DJ’ to an extent.

Grapevine suggests that natural star Nani will be seen playing the role of a Brahmin guy in his upcoming film ‘Ante Sudaraniki’ directed by Vivek Athreya. The title and curtain-raiser which released recently created a lot of interest among the viewers. Touted to be a romantic entertainer, the film is rumored to be a love story of a Brahmin boy and a Christian girl.

Nazriya (‘Raja Rani’ fame) is the heroine in this film and sources say that the heroine and her family come to hero’s house pretending to be Brahmin’s family which creates room a lot of comedy. Though the story resembles Allari Naresh’s ‘Seema Sastry’, Nani’s impeccable timing and Vivek Athreya’s treatment is expected to provide a lot of entertainment.

We need to wait till we find out if it is true or a mere rumor. ‘Ante Sundaraniki’ is produced under ‘Mythri Movie Makers’ banner and Vivek Sagar is its music composer. The shooting is expected to start once Nani wraps up ‘Tuck Jagadish’ and ‘Shyam Singha Roy’.