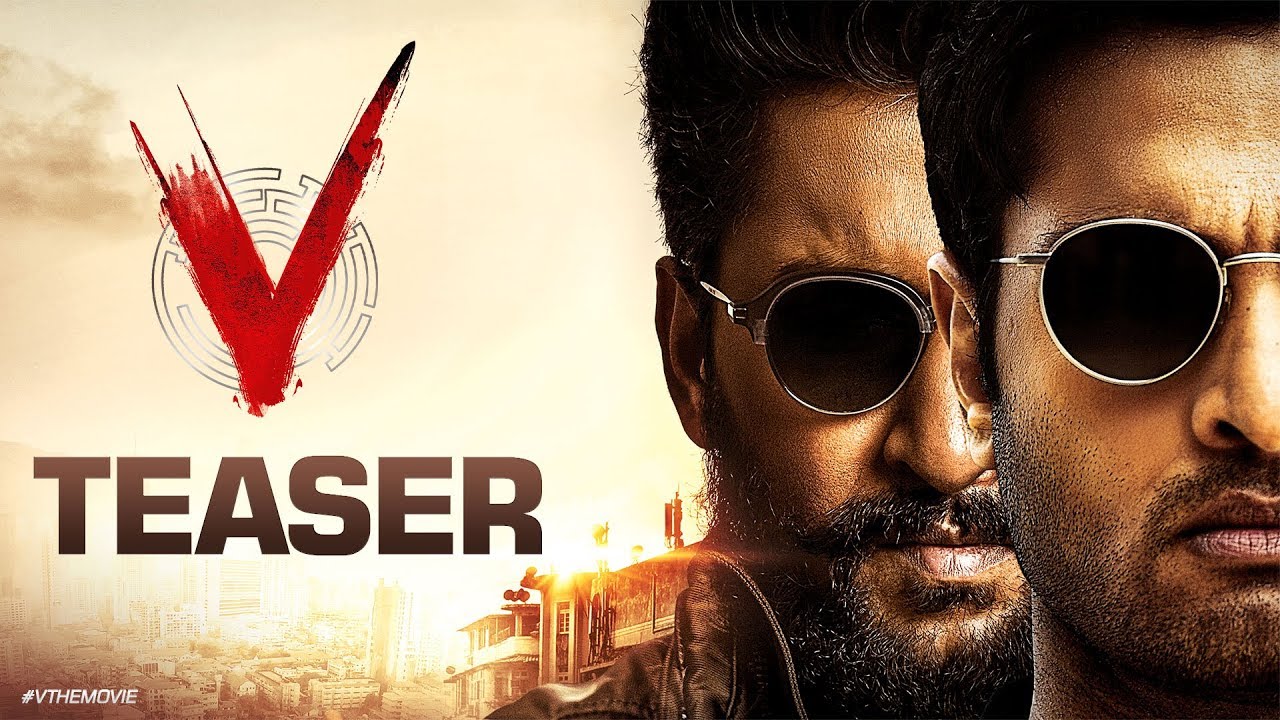 By now, everyone knows that Nani’s 25th film ‘V’ will be releasing on Amazon Prime Video on 5th September. The Telugu audience are eagerly waiting as it is the first big OTT release in Tollywood. Nani teamed up with his favourite director Mohan Krishna Indraganti for the 3rd time for ‘V’ and Sudheer Babu will also be seen as the other lead in this film.

The teaser and two songs released till now got a good response and people are expecting a lot from this film. In the meanwhile, the film’s storyline is said to have leaked online and it is going viral. As per this rumor, Nani will be seen avenging the murder of his wife (Aditi Rao Hyadri) and Sudheer Babu is going to be the police officer who investigates Nani’s killings. After every murder, Nani will be leaving a ‘V’ mark and the reason behind it should be seen on 5th September 5th as per sources.

Nani will be seen in a negative role in this flick while Nivetha Thomas and Aditi Rao Hydari will be seen as the female leads. Dil Raju produced this film and Amit Trivedi composed the music. The entire team is confident about the film’s output and let us wait till 5th September to find it out ourselves.