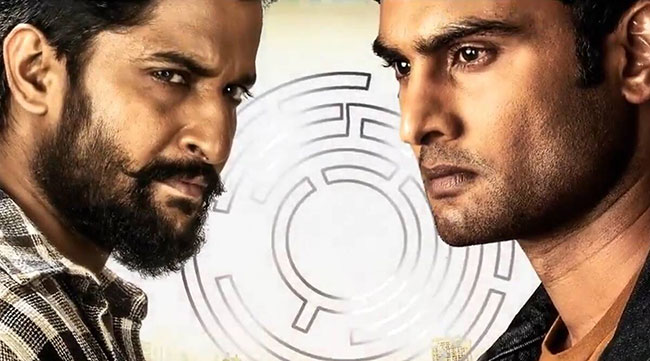 Tollywood will be witnessing its first big OTT release on September 5th. The team of ‘V’ showed the guts to step into the digital world when everyone else had their inhibitions on the digital release. The verdict of ‘V’ will decide the fate of many films in the Telugu film industry. Starring Natural star Nani, Sudheer Babu, Nivetha Thomas and Aditi Rao Hydari in the lead, ‘V’ is directed by Mohan Krishna Indraganti and produced by Dil Raju.

This is 25th film of Nani and he is quite excited about this flick. News is that he decided to screen this film to some of his close mates prior to the digital release. His near and dear will be watching this movie at a popular studio in Hyderabad as Nani wanted to give his friends and family a theatre experience of his milestone film.

He is reportedly very confident about the output and is sure that ‘V’ will impress the audience. There are a lot of expectations on this film and the feud between Nani and Sudheer is said to be the main USP of this action thriller.