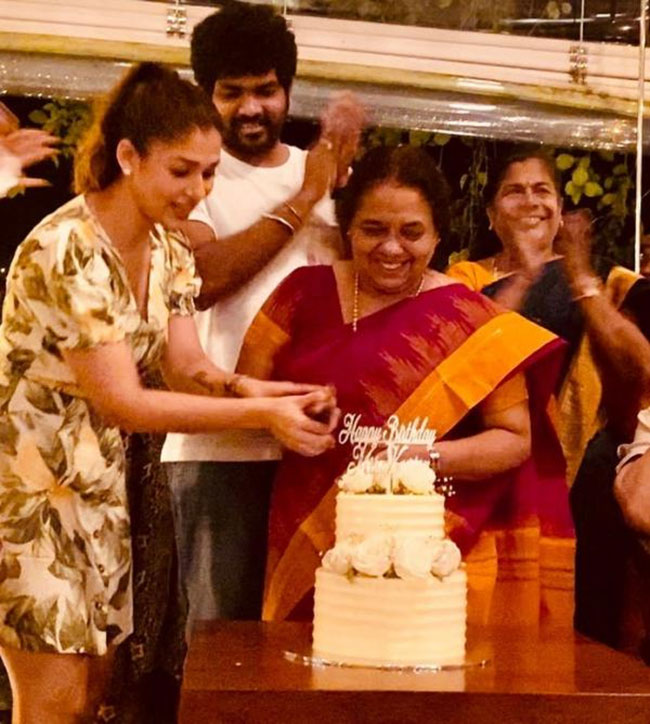 Lady superstar Nayanthara, along with her beau Vignesh Shivan has hosted a birthday party for her mother in Goa. The pictures of the happy occasion have surfaced on the internet and trending on social media.

Vignesh took to Instagram and shared a picture of Nayanthara cutting the cake with her mom. In the picture, Vignesh can be seen along with his mother. Sharing the photo on Instagram, the filmmaker wrote, “appy birthday to my dearest ammmuuu Mrs. Kurian.”

Nayanthara and Vignesh’s pictures have left everyone speechless as they are one of the most adorable couples in the Kollywood.

Vignesh Shivan and Nayanthara met each other for the first time on the sets of Naanum Rowdy Dhaan. They fell in love during the shooting of the film and since then, the couple is going strong with each passing day. When speaking about marriage, Vignesh cleared the air stating marriage is not on cards anytime soon.