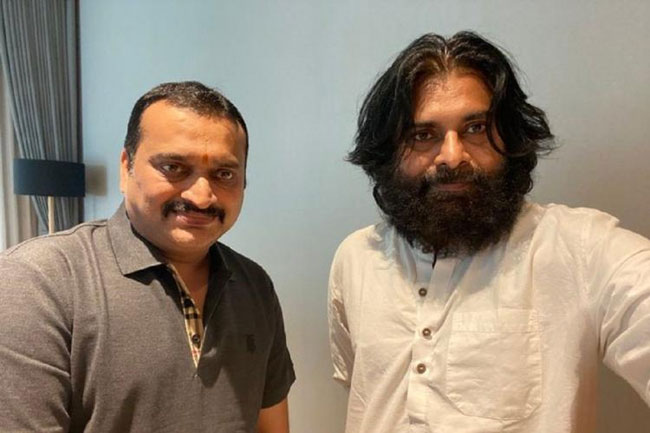 Comedian turned producer Bandla Ganesh who claims to be a devotee of Pawan Kalyan has recently announced that he will be producing a film with Powerstar as the lead soon. This news excited the fans a lot as their previous collaboration ‘Gabbar Singh’ turned out to be a feast for fans. In his post, Bandla Ganesh did not mention the director’s name and people started to guess it.

There are a lot of rumors going around the film’s director. As we know, Trivikram and Pawan planned a high-budget film titled ‘Kobali’ in the past but that did not materialize. It was a socio-fantasy film that was touted to be a dream project of Pawan. With the star hero getting busy with films once again, ‘Kobali’ once again became the talking point. Many are claiming that ‘Kobali’ is the film that Bandla Ganesh is going to bankroll now.

Pawan okayed three projects other than ‘Vakeel Saab’ and Trivikram is going to work with NTR soon. Rumour mills suggest that Bandla Ganesh’s project may start once Pawan completes his commitments and Trivikram finishes his film with NTR. While nothing is confirmed yet, the gossip itself is enough to make the fans go crazy. Let us wait and see what happens.