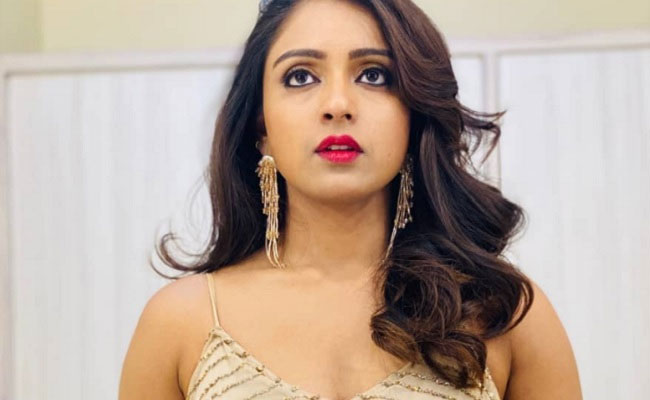 Remember the hot couple who made annoying fun in the Telugu Bigg Boss3 reality show? The Varun-Vithika Jodi who came to lime light with the show thought that here after everything would be fine for them but now they are feeling that nothing seems to be working for them.

Varun who made a decent start in Tollywood became zero with back to back cheap films. He thought he would be getting roles after Bigg Boss stint but got disappointed as no one offered him a role.

As of now he is not into any work so his wife started searching actively for chances. When nothing worked out in her favour she even opted for ‘Saree Photoshootâ€™ and has desperately sharing among the Tollywood folks and waiting for at least Anchor or character artist roles.

Seems like all the troubles of the actress Vithika have ended as she is all set to turn Anchor for a singing based show on a famous Telugu channel and she has shared the same news in excitement on her social media handles. Hope she gets the needed identity atleast on TV space!