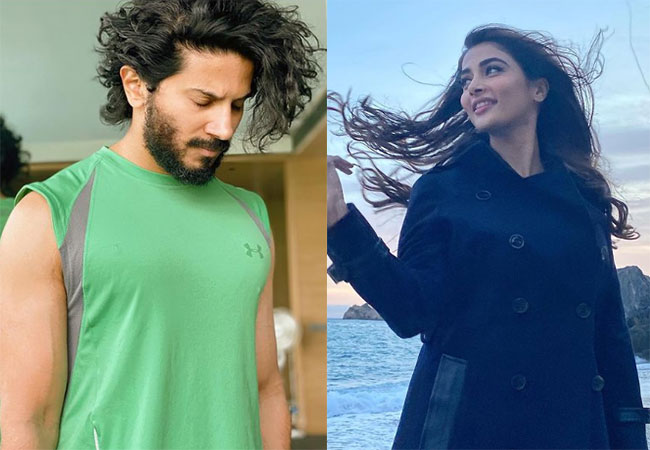 It is known that Dulquer Salmaan signed his second Telugu film with director Hanu Raghavapudi of Andala Raksashi fame.

Pooja Hegde, who is the most happening Telugu actress currently, is said to have agreed to play the female lead in the film. As per the reports, Pooja will be co-starring with Dulquer Salmaan and Rashmika Mandanna in this film.

After the super success of Ala Vaikunthapurramuloo, Pooja has been singing a spree. She will wrap up the shoot of Prabhas’ Radhe Shyam and Akhil’s Most Eligible Bachelor shortly. The 30-year-old actress has also lined up with three Hindi films that will start rolling next year.

Coming to Hanu Raghavapudi film with Dulquer, Vishal Chandrasekhar is the music composer while Vyjayanthi Movies and Swapna Cinema are bankrolling it. Dulquer Salman plays a soldier in this periodic romantic saga.