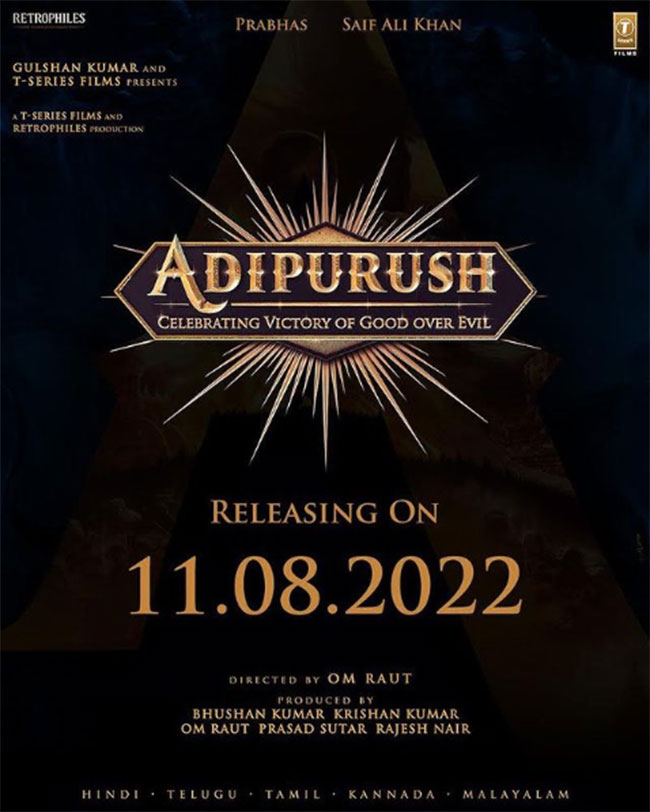 Baahubali fame Prabhas’ forthcoming project ‘Adipurush’ with Tanhaji fame Om Raut is all set to release on August 11, 2022. On Thursday morning, Prabhas took to social media and announced the release date of ‘Adipurush’. Sharing the news with the title poster, the Saaho actor wrote: “#Adipurush in Theatres 11.08.2022”.

The film is currently in the pre-production stage and it will go on floors in January 2021. The film will star Prabhas as the protagonist named Adipurush and Saif Ali Khan as the villain named Lankesh. Adipurush will release in multiple languages like Hindi, Malayalam, Telugu, Kannada and Tamil. More details about the cast are not revealed yet.

Besides this, Prabhas will next be seen in the upcoming movie Radhe Shyam, directed by KK Radhakrishna Kumar. The romantic-drama scheduled for 2021 release.