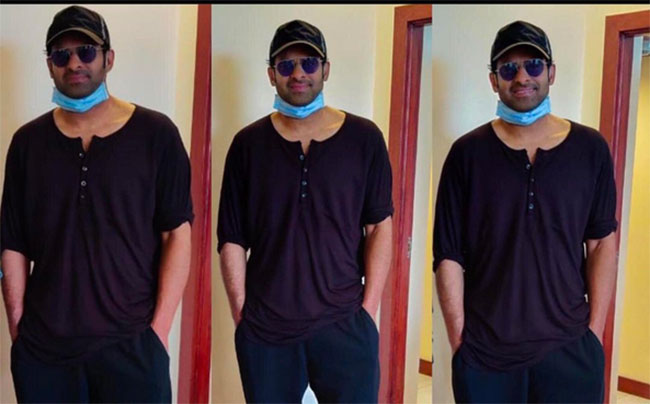 Baahubali star Prabhas, who is currently working on Radhe Shyam, has two magnum opuses in his kitty. He will be doing a sci-fi thriller with Mahanati fame Nag Ashwin and ‘Adipurush’, a mythological film the direction of Om Raut.

After wrapping up the Radha Krishna Kumar directorial Prabhas will join the sets of Adipurush if the reports are believed.

Now, the Darling actor’s latest picture is doing rounds on the internet and winning the hearts of his fans and followers. Prabhas, who is currently in Mumbai for work commitments, was clicked there and fans are going gaga over his new look.

In the picture, Prabhas is seen wearing a black T-shirt and dark blue pant. It is clearly visible that the actor has lost oodles of kilos and undergone a transformation for his character in the next film. It is speculated that Prabhas has achieved this new look for his role as Lord Ram in the Om Raut directorial Adi Purush.

Soon after the picture was posted online, it went viral. His fans loved his fresh look and wished him luck for his forthcoming projects.