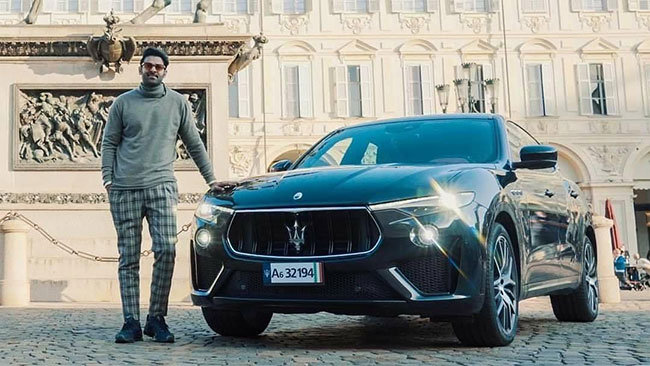 Pan India star Prabhas has been shooting in Italy for his upcoming film Radhe Shyam. After a long wait, the makers of the film had released a motion poster on the actor’s birthday which put internet on fire.

Now, Prabhas’ latest picture alongside swanky Maserati car is going viral on social media as fans can’t keep calm looking at this stylish picture. Dressed in turtleneck full-sleeved t-shirt paired with checkered trousers, the Baahubali actor is seen in all smiles as he poses alongside the luxury vehicle.

On the work front, Prabhas has announced a sci-fi thriller with Mahanati fame Nag Ashwin and ‘Adipurush’, a mythological film the direction of Om Raut.