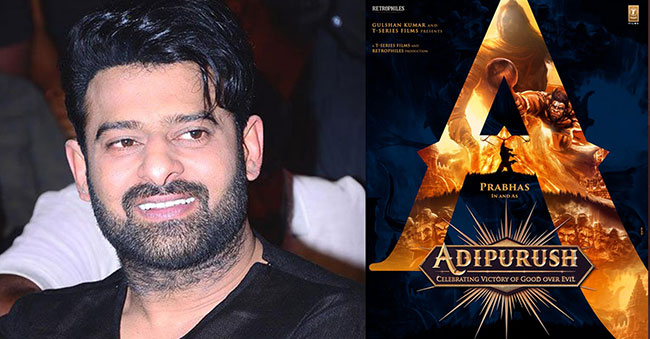 Prabhas is a national level hero now and many big production houses are eager to team up with him. As we know, Karan Johar presented ‘Baahubali’ while T-Series co-produced ‘Saaho’. Now, the T-Series owner Bhushan Kumar is going to bankroll Prabhas’ 22nd film which is going to be a Telugu-Hindi bilingual.

It will also be dubbed in Tamil, Malayalam and other languages. Director Om Raut who directed movies like ‘Lokamanya’ and ‘Tanhaji’ will be directing this flick. The project is titled ‘Adipurush’ and Prabhas will be seen as Lord Ram in this gigantic film made with heavy visual effects. The film is expected to be shot in 3D format and will be going on floors in 2021.

Sources say that the makers are searching for a Bollywood star hero to play the antagonist’s role in this mythological film. The project was announced online through a video meet and it is going to be one of the most expensive films ever made as per reports. Fans are pretty excited about this film and more details regarding this project will be coming out soon.