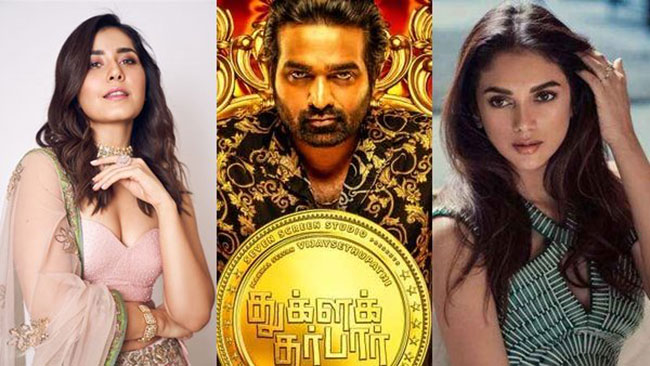 Bubbly beauty Raashi Khanna is signing interesting projects one after the other. With unbearable glamour and strong acting skills, the Hyper actress has impressed the audience even with her debut film.

The latest update is that Raashi will be replacing Aditi Rao Hydari in the Vijay Sethupathi-starrer Tughlaq Durbar, which is directed by Delhi Prasad Deenadayalan.

According to reports, Aditi opted out of the project owing to date clashes. And, makers immediate choice was Raashi Khanna.

“She plays a Marwari girl and fits in the role perfectly. Her character is a girl-next-door-one, but her mannerisms will be a tad different,” the director said.

Raashi will be working with Vijay Sethupathi for the second time after Sangathamizhan.