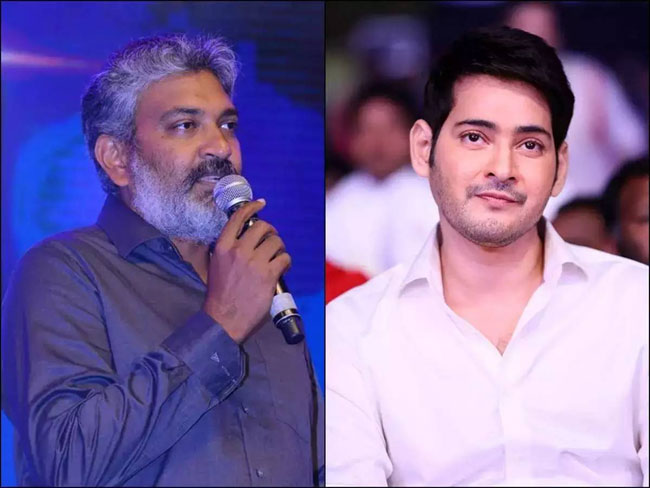 After the release of ‘RRR’, Rajamouli himself stated that he will be working with superstar Mahesh Babu. By the time Rajamouli gets the script ready, Mahesh will be wrapping up the shooting of his movie with Trivikram. This much-awaited combo is expected to happen by the end of 2022. The fans waited for more than 10 years to see Mahesh and Rajamouli work together but rumours suggest that their wait is going to be a bit longer.

For the past few days, the gossip about Bunny working with Rajamouli is growing stronger. People are claiming that it may begin by the end of 2023. Moreover, Rajamouli is known for taking a long time for every film. Apparently, the top director asked Mahesh for bulk dates for a year or two but grapevine suggests that Mahesh & Namrata are not happy to allot such a high number of dates at this point of career.

There is a talk that the film is postponed to 2025 and Rajamouli will be working with Allu Arjun in the meanwhile. While the rumours are going strong, nothing has been confirmed yet.

Coming to ‘Sarkaru Vaari Paata’, itis directed by Parasuram who made hits like ‘Solo’ and ‘Geetha Govindham’ in the past. This film is produced jointly by Mythri Movie Makers, 14 Reels Plus and GMB Entertainments banners. Madhie who worked on movies like ‘Srimanthudu’, ‘Mirchi’ and ‘Saaho’ is the cinematographer while Marthand K Venkatesh is the editor. Thaman gave blockbuster albums like ‘Aagadu’, ‘Dookudu’ and ‘Businessman’ for Mahesh. He is in top form right now and the audience are expecting another wonderful album from the star composer.

After ‘SVP’, Mahesh will be teaming up with his ‘Athadu’ and ‘Khaleja’ director Trivikram Srinivas after this project. The pooja ceremony is done and the regular shoot is expected to begin soon. Haarika & Hassine Creations will be bankrolling this movie while Pooja Hegde is the heroine. Thaman will be composing the music once again. A lot of young heroes are being considered for the second heroine role.

Rajamouli is awaiting the release of his magnum opus film ‘RRR’ which is getting released on 25th March.