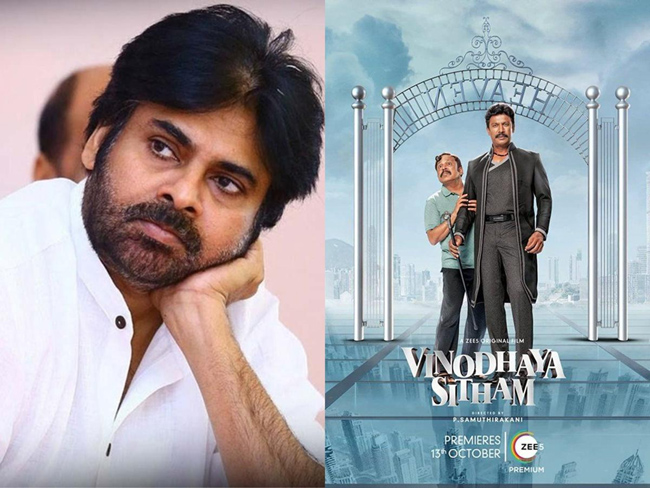 Pawan Kalyan has been on the verge of setting up new projects back to back. He has been signing new projects on a stellar note. The star hero is now gearing up to have three remakes back to back as he will soon be commencing the Telugu remake of Vinodhaya Sitham.

Now, Pawan is close to setting up another interesting project. He is set to collaborate with young and talented Telugu filmmaker Sudheer Varma for one of his next projects.

Sudheer Varma has apparently penned an interesting script for Pawan Kalyan and he intends to take this project onto the floors very soon. Trivikram is also onboard for the project and he will be co-producing it. But it is likely that he will not get involved with the creative and filmmaking side of the project.

Sudheer Varma is currently busy with Ravi Teja’s Ravanasura and he will start working on Pawan Kalyan’s project once he is done with the Ravi Teja starrer. This project might be commencing the shoot later next year and more details about the story and the cast and crew will be out in the days to follow.

Another interesting aspect is that this film might have Vaishnav Tej in another lead role. If that is the case, Pawan will be working with both his nephews back to back as he collaborates with Sai Dharam Tej for Vinodhaya Sitham remake and Vaishnav Tej for his next with Sudheer Varma. This sure is an interesting update for Mega fans.

Pawan Kalyan is also gearing up to commence shooting for Hari Hara Veera Mallu and Bhavadeeyudu Bhagat Singh which are in various stages of the shoot now. He is close to signing a couple more new projects which are in the discussion stage now. More details will be out in the due course.