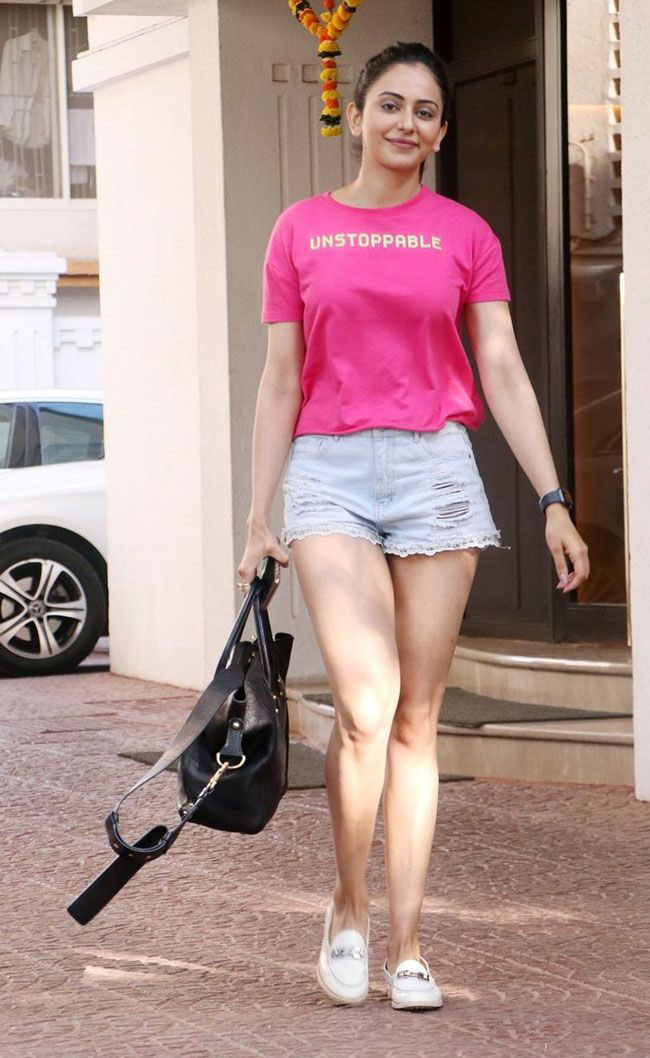 Rakul Preet Singh earned a star heroine image in Tollywood and later moved to Bollywood in order to try her luck. But things went downhill for her pretty quickly as she lost opportunities in South and she failed to get enough recognition in the North.

She acted alongside Siddharth Malhotra in her debut Hindi film but it failed badly. Her only hit was ‘De De Pyaar De’ where she romanced Ajay Devgn. She looked too glamorous in that film and impressed the North audience. It looks like Ajay Devgn is also impressed by Rakul’s act as he gave her an offer in his upcoming film ‘May Day’.

Produced and directed by Ajay Devgn himself, ‘May Day’ features Ajay Devgn and Amitabh Bachchan in the lead. Now, Rakul Preet Singh was also brought on board. Rakul took to twitter and shared her happiness as she wrote, ” Can’t express how thrilled iam to be on board (literally) as a copilot in #MayDay. It’s a dream come true to work with @SrBachchan sir. @ajaydevgn thankyouuu and preparing to take off.”

The shooting of this film will be starting this December in Hyderabad. Rakul plays the role of a pilot in the thrilling drama. Rakul has been in the news lately due to her name being heard in the Bollywood’s drugs case. She was questioned by the NCB officials too. She is currently awaiting the release of Nithiin’s film ‘Check’ and completed her part in Krish’s upcoming project.