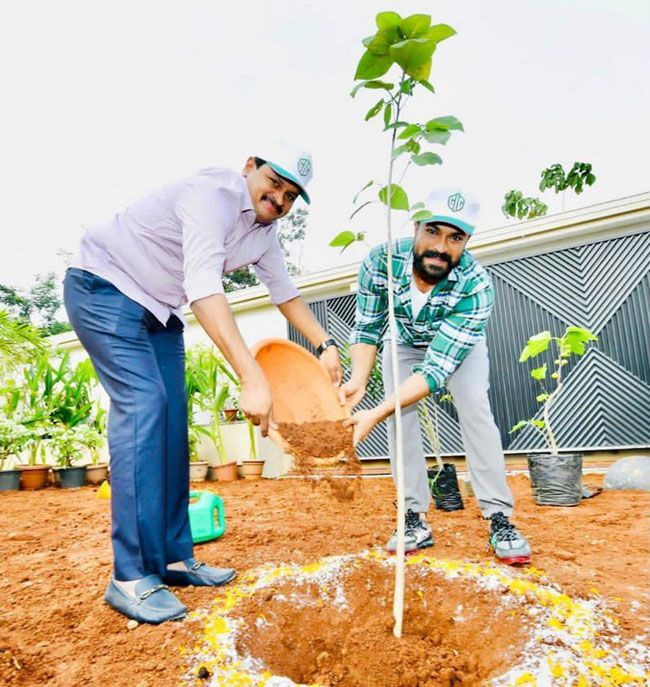 Rajya Sabha MP J Santosh Kumar’s Green India challenge initiative has become quite popular across India as many celebrities participated in it and created awareness on the need of greenery.

Charan further nominated his RRR director SS Rajamouli, Alia Bhatt and the entire RRR team to participate in the challenge.

Sharing the photos and video of the same, Ram Charan wrote, “I’ve accepted #HaraHaiTohBharaHai #GreenindiaChallenge from #Prabhas and planted 3 saplings. Further, I am nominating @ssrajamouli, @aliaa08, entire my #RRRMovie team and all my fans to plant 3 trees & continue the chain. Special thanks to @MPsantoshtrs for taking this initiate (sic).”

On the work front, Ram Charan is currently busy with the Rajamouli directorial RRR. Starring Jr NTR, Ali Bhatt, Olivia Morris and Ajay Devgn among others, the film has been produced by DVV Danayya under the banner of DVV Entertainments.