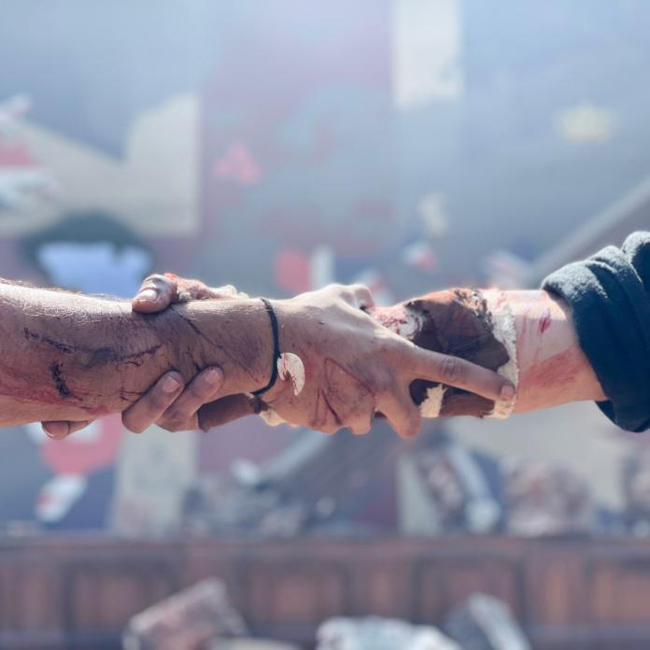 The most-awaited film ‘RRR’ is nearing the completion of its production. The humongous film has Ram Charan playing the role of Alluri Seetharamaraju and NTR playing Komraram Bheem’s role. This pan-Indian film is being produced by DVV Danayya on a budget of over 350 crores.

The film which restarted post lockdown completed a huge action scene that was picturized for 50 days. It was shot during the night and after some small schedules and a brief gap, the climax shoot of the film has finally begun.

Rajamouli took to Twitter and shared a picture where we can see the hands of Komaram Bheem and Seetharamaraju holding each other in the backdrop of a huge battle. He wrote, “The CLIMAX shoot has begun! My Ramaraju and Bheem come together to accomplish what they desired to achieve.” Fans are quite excited over this update and they can’t wait to witness this wonder onscreen.

Keeravani is composing the music while Senthil Kumar is the cinematographer. Alia Bhatt and Olivia Morris are the leading ladies while Ajay Devgn is playing a crucial role n this gigantic flick.