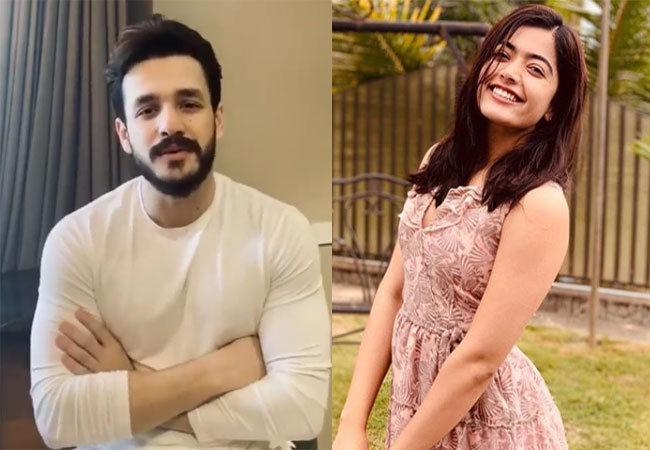 Young and gorgeous beauty Rashmika Mandanna is one of the most sought after actress in Telugu cinema. She created her mark in Tollywood and now every filmmaker is trying to work with this talented actress. The Bheeshma girl impressed the audience with her strong acting skills and cute looks.

The latest buzz is that the makers of Akhil’s upcoming film are in a plan to rope in Rashmika for the lead role. Akhil announced his next film with director Surender Reddy and his fans and followers are looking forward to knowing more details about the film. Touted to be a suspense thriller, the film is tentatively titled ‘Akhil 5’.

On the professional front, Rashmika will be seen in Allu Arjun’s ‘Pushpa’. Directed by Sukumar, and Devi Sri Prasad is scoring the music. This film is a forest-based thriller film that will reportedly be based on red sandalwood smuggling.