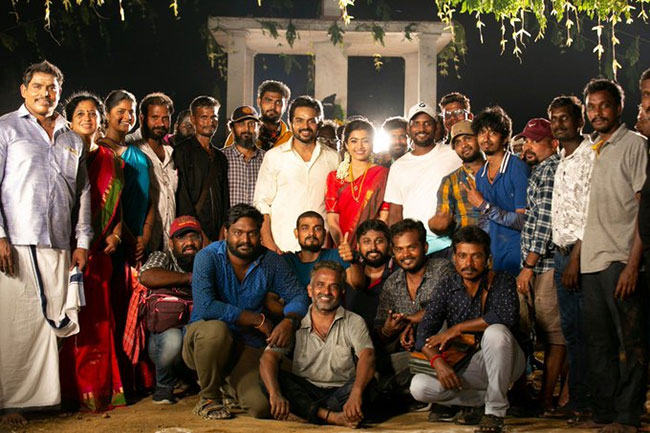 Happening beauty Rashmika Mandanna’s debut Tamil film, ‘Sulthan’ alongside Karthi has completed its shoot on Wednesday. The actress shared on her social media handles today that she has finished shooting for her Sulthan.

The Bheeshma actress had begun shooting for the film last year itself. The shoot had a delay due to the ongoing pandemic and she has now wrapped up the shooting.

“And that’s a wrap on my first Tamil film! this is one lovely bunch of people I worked with.. loads of love to everyone here… I hope Sulthan does well.. #jaisulthan,” she wrote.

“This is one of the sweetest teams I’ve worked with.. apart from shooting in tough locations and me constantly falling sick.. I had always had fun on this set..Thank you for tolerating me and loads of love and wishes to the whole team.. #jaisulthan,” she added.

Meanwhile, Rashmika will be next seen in the Dhruva Sarja-starrer Kannada film Pogaru.