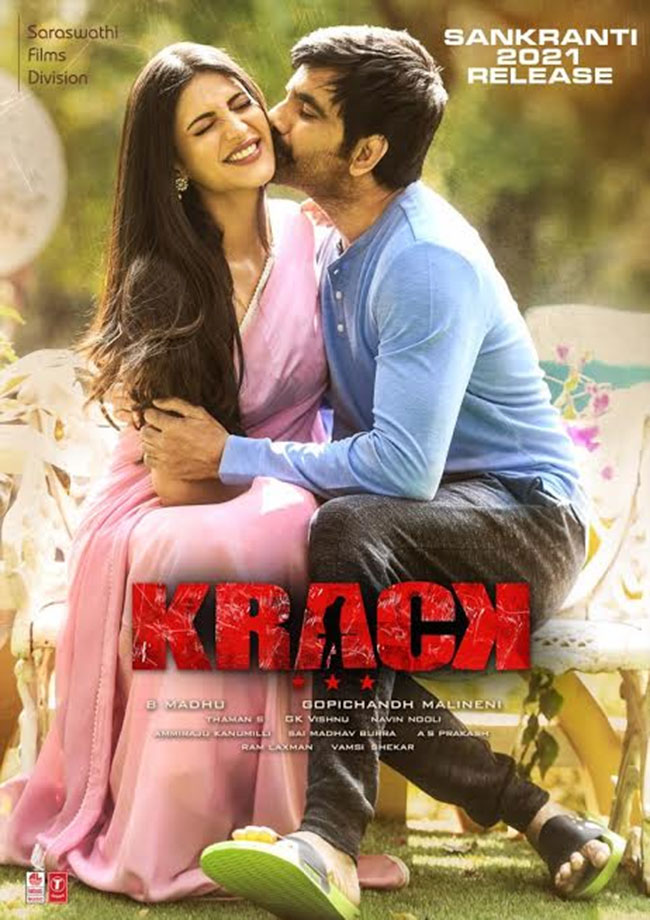 Mass Maharaj Ravi Teja is in need of a big hit right now and he pinned high hopes on his upcoming film ‘Krack’ directed by Gopichand Malineni. He will be romancing his ‘Balupu’ heroine in this action thriller.

The film was supposed to release during the summer season this year but the lockdown forced the makers to postpone this film. The shooting restarted after the restrictions have been lifted and the team officially announced that the entire talkie part has been wrapped up. There is only one song left to shoot and it is expected to be completed by the end of this month.

This film will be releasing during Sankranti 2021 and Ravi Teja plays the role of a stylish police officer in this flick. Samudrakani and Varalakshmi Saratkumar play crucial roles in this film produced under ‘Saraswathi Films Division’ banner. Tagore Madhu is bankrolling this flick while Thaman is composing the music.