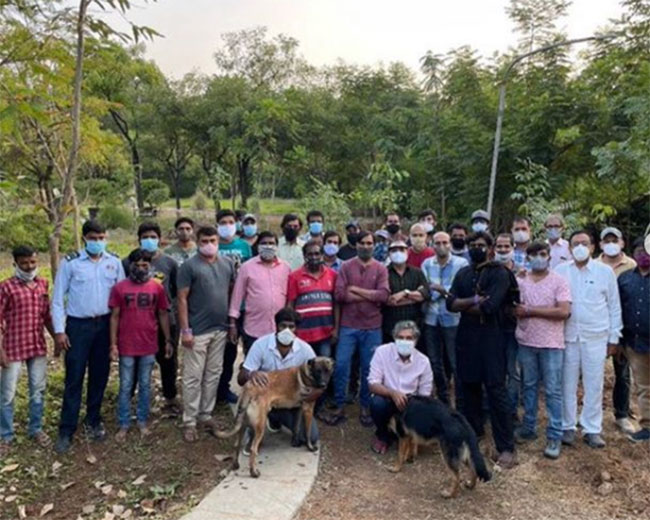 Rajya Sabha MP Joginipalli Santosh Kumar’s Green India challenge initiative has become quite popular and is getting an unprecedented response. Several celebrities across the country have participated in the challenge and created awareness on the need for greenery.

Now the whole ‘RRR’ team has joined the challenge together. The entire cast of RRR, including director Rajamouli and Senthil Kumar, has accepted Charan’s challenge and planted saplings.

Meanwhile, the RRR team resumed the shoot in October after a seven months break. Lead actors Ram Charan and Jr NTR are currently shooting for some important sequences in this long schedule. The film also stars Ali Bhatt, Olivia Morris and Ajay Devgn among others.

My team and I took up the #GreenIndiaChallenge as nominated by @alwaysramcharan… I would like @rgvzoomin, Vinayak garu, @purijagan to take this forward…:)pic.twitter.com/oUeyJo4aEe