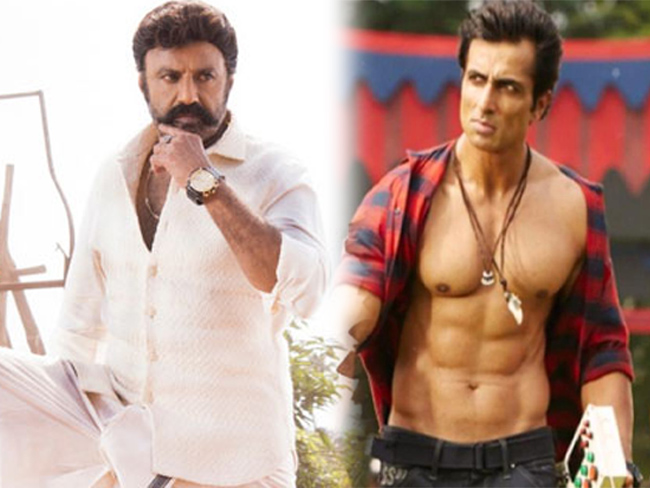 The maverick director of Tollywood, The mass puller of commercial cinema-Boyapati Srinu is busy doing Balayya’s film the #BB3, a hattrick film after the mega hits of ‘Simha’ and ‘Legend’. The recently released teaser is impressive and built huge expectations among fans and movie lovers.

Now the speculations are rife that Boyapati is all set to bring the ‘Modern Day Karna’ the good Samaritan- actor Sonu Sood to play the main villain in this big film. It is evident that Sonu Sood has proved his mettle in many big films and made his mark as a great actor down South and won the hearts with his helping hand in this crisis times and became a Indian Star and praised as the real hero!

Earlier the news resources said that the film is titled ‘Monarch’ and the movie unit is waiting for some occasion to announce it officially but now the movie makers are said to be finalising another title ‘Torch Bearer’ after considering titles like Danger and Super Man. Let’s see whether the makers confirm the title of this mass dialogue from NTR film or not?

Boyapati-Balayya combination is a Box Office Bonanza of sorts with two blockbusters in the past. The movie is produced by Miryala Ravinder Reddy who earlier made ‘Jaya Janaki Nayaka’ with Boyapati Srinu.