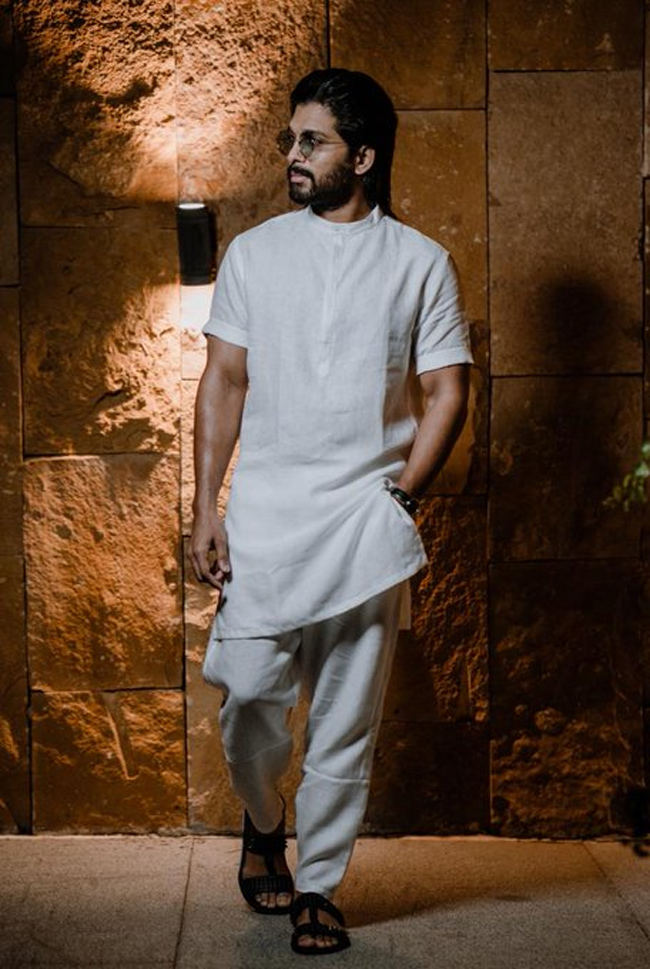 Stylish star Allu Arjun’s performance in ‘Ala Vaikunthapuramlo’ was highly appreciated and his hairstyle too became popular. He was looking his best in that movie but there is only one complaint from the fans. They say that Bunny looked a bit chubby in the family entertainer.

Seems like Allu Arjun focused on the aspect during the lockdown. He did some strenuous work on his fitness and lost a lot of weight. He is looking totally slim and fresh in the recent pictures taken during Niharika’s engagement. Bunny is filling his social media with fitness routines and morning walks these days.

News is that Allu Arjun will be sporting a six-pack look in his upcoming film ‘Pushpa’. He is going to give a special treat for his fans with his chiseled body in this Sukumar’s directorial. Going shirtless is not a new thing of Bunny as he is the first hero in South to sport the six-pack look. He went bare-chested in ‘Deshamuduru’, ‘Varudu’ and ‘Badrinath’.